In a challenge to university students across Canada, Rick Mercer launched the Spread the Net campus campaign on Thursday, September 13.

Co-founded by Mercer and Belinda Stronach, and in partnership with UNICEF Canada, Spread the Net is a campaign that aims to provide anti-malarial mosquito beds to children in Liberia and Rwanda.

At a cost of just $10 each, the bed nets are a simple yet effective way to protect African children from their number one killer?malaria. Over the next two years, Spread the Net hopes to raise enough money to supply 500,000 of the anti-malarial nets to kids for free.

Launching the campaign at the University of Ottawa, Stronach stated the aim of the anti-malaria fundraiser succinctly: ?One net. Ten bucks. Save lives. It’s that simple.?

The Student Federation of the University of Ottawa was quick to take up the challenge.

?When we heard about Spread the Net,? said Pam Hrick, president of the student federation, ?we knew that the student body would get behind the cause.?

The challenge will run from September 13 to December 31, and university campuses across Canada are encouraged to hold fundraisers–from faculty challenges to charity balls and more–in aid of the cause.

As Nigel Fisher, president of UNICEF Canada, stated, ?Student support for global initiatives has always been strong in Canada.? But along with philanthropic motives, there’s another reason for students to get involved: the campus that raises the most money will be featured on the Rick Mercer Report.

?We know students like a challenge,? said Mercer, ?especially when it comes to beating their university rivals!?

Donations to the fundraiser can be made at Spread the Net. 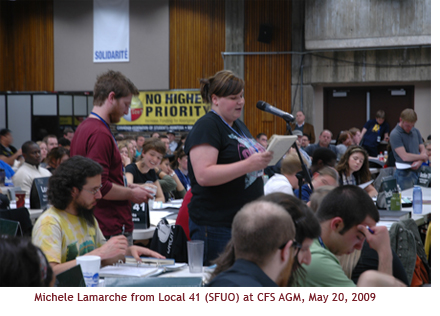