Articles
The Voice
Lost In Translation – Pride and Prejudice x 3

Whenever a popular novel hits the shelves, it’s almost certain that a film version will follow. And it’s equally certain to give rise to a debate: which was better, the film or the book?

While I am not a big fan of film remakes in general, there are some literary stories that have many times been made into films, both for the big screen and the little one, and I do enjoy those for the most part; particularly when it involves one of my favourite literary stories of all time, Jane Austen’s Pride and Prejudice.

This classic story has been made into more full-length films and TV series than I can count–three of which I own, by the way–and what I find interesting about watching different versions of a story is noting what each team of creators has chosen to leave in or take out, and how they have chosen to slant the characters. The three versions of Pride and Prejudice that I own (listed by year and principal stars) are:

Taking the limitations of film into account (and that includes time and ability to carry print-based detail into the visual realm), decisions must be made as to choice of content and the handling of the portions of the story that are chosen for translation from book to big screen. You can’t stuff every nuance of a novel into a film, no matter how strenuously you try. So, the first thing you might note overall are the details that are chosen to remain–even seemingly subtle ones.

One of the things that leaps out most for me is how the ballroom scenes are handled when Elizabeth overhears Mr. Darcy and Charles Bingley discussing the beauty of various ladies and why Mr. Darcy won’t dance. While the 1995 and 2005 versions chose to remain book-faithful, more or less, the 1940 version chose to alter the line almost completely, to the point where it changes the flavour from something personal and directly insulting about Elizabeth to being more widely culturally damning. The line in question is spoken by Mr. Darcy and runs as follows:

?She’s tolerable enough, but I’m in no mood to give consequence to the middle classes at play.?

This isn’t the only incident in the film that is much altered from the book, from a personal insult to something more widely encompassing of class. The ball held at Netherfield, for example, is supposed to simply be a ball; it is not meant to include daytime outdoor events, yet that is the direction chosen for the 1940 version of the film.

Caroline Bingley takes the pointed opportunity of insulting the intellect and tastes of ?the rustics? by her snide remarks about them being easily amused. It is interesting to note how a quality of behaviour that might in other circumstances be seen as admirable–the ability to make the best out of whatever situation you find yourself in–is here turned into an opportunity to insult and malign.

The most glaring omission from this version of the story is the tour of the Peak District Elizabeth takes with her aunt and uncle. It is during this visit that she gets to see Mr. Darcy’s estate and accidentally encounters him, and also the phase of the story where her emotions truly shift from those of dislike for Darcy to the burgeoning of love. The film does manage to add in a transitional point, but I think the loss of this portion of the story means a loss of an important aspect of the story’s flavour.

If you are looking for precision in keeping to the story of the book, then the 1995 version is what you’re after. It is not precise–no film could be–but it is faithful enough that you could almost use it for study. I very much appreciate the way the close relationship of the two eldest sisters, Jane and Elizabeth, is portrayed. They are open, honest, and very closely tied. It is a pleasure to see such warmth within a family that is so often portrayed as being wildly disparate. Two other sisters, Kitty and Lydia, seem to have a bond too, but it seems to be one of follower and leader rather than a true meeting of mind or sentiment. I find, though, that much of this version is somewhat too staid and polite. I think it could have done with a little dose of vibrancy to combat the social niceties the story is so much concerned with.

I think the most surprising departure from the feeling and flavour of the book is the portrayals of behaviour in the 2005 version of the film, the most shocking of which is Elizabeth Bennet’s.

In the novel, as well as every other film or television version I’ve ever seen, she is portrayed as a woman of wit and sagacity, but also a woman of decorum who understands the proprieties of interpersonal behaviour. The 2005 version of the film portrays her as somewhat petty and insulting; as taking things more personally, and, even being, dare I say it, bitchy. She insults her mother in front of other people, seems to take the ballroom insults of Mr. Darcy in a much more wounded and personal fashion than do other portrayals of the character, and her tone is much more demeaning than she is normally portrayed. This, along with subtle other aspects of the film, make it, to my mind, a cheapened version of the tale.

One of the other notable aspects of the films that is interesting to pay some attention to is how Mr. Collins is portrayed. While in all three he is portrayed as a socially awkward, boring twit without any sort of comprehension of true social niceties and proprieties, each film has flavoured him slightly differently.

In the 1940 version he has an air of pomposity and comic desperation about him that is missing from the other two versions; in the 2005 version he is somewhat more pushy and domineering with no comical aspects; and, in the 1995 version, we have a sweaty, facially flaccid man who can’t even eat a meal without making noises.

None of these men have much sense when it comes to interpersonal situations, either private or social, and they all seem to assume that the entire world gives as much of a tinker’s damn about his patroness as he professes to. Out of all three I would have to choose the 1995 version, just because he is as socially awkward an oaf as they all are, but he has no air about him that we can attach real dislike or hatred to, and I think that’s important with this character. We aren’t supposed to hate him; just find him useless and socially embarrassing. Despite his flaws, we are meant to see at least some measure of the fact that he is, as all three versions point out in some fashion, respectable.

If you ever have an opportunity to see these versions of the story, or any versions, try and make note of little things, like: how the overheard ballroom insult is handled; the discussion of Elizabeth walking alone to Netherfield and her skirt becoming muddy; Caroline Bingley and Elizbeth’s ?turn about the room? and the surrounding conversation; the visit to Mr. Darcy’s estate and Elizabeth’s unexpected meeting with him; and the elopement of Lydia with George Wickham. Better yet, read the novel first, and choose your own favourite details to watch for. 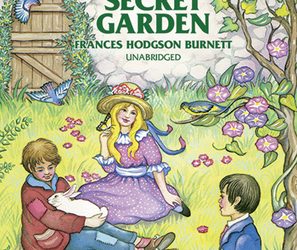 Where to Begin with Classic Literature—The Brits