Columns
The Voice
Music To Eat Lunch To – Alexisonfire – Watch Out!

I realize this is not a new album; the reason I’ve brought Watch Out! into the spotlight this week is I think Alexisonfire is a band that has been overlooked and underrated for too long now. Maybe part of the problem is that audiences and critics alike aren’t sure how to label the band. Are they a metal band? Hardcore? Punk? Melodic post-hardcore?

Some people are of the opinion that labelling a band takes away from any real appreciation of the music itself, but I disagree. I think that knowing the underlying influences of a band and its music can give you a better perspective of what they are trying to accomplish and what the record is supposed to mean.

So what would I call Alexisonfire? I’m going to go for post-punk hardcore. The reason for this is the clear connection between their music and some of the older hardcore punk bands: Alexisonfire claims the Misfits and the Dead Kennedys among its influences, along with Screeching Weasel. In fact, I don’t think anyone could describe the music any better than the band itself does on its MySpace page:

Sounds like a guy with a pretty voice getting into an argument with a guy who is kind of upset about things, while a guy who really likes punk is laughing with a guy who likes to rhyme while there is a guy who looks like a rat keeping time. Get it?

The band toured with Anti-Flag earlier this year and drummed up some interest in their new record, Crisis. I notice, however, that although the band has reached the platinum level of sales in Canada there is still an entire musical audience that is not as familiar with the band as they ought to be. This is why I refer back to Watch Out! as a precursor, and a reason to go out and pick up Crisis.

So what does this album offer? It’s one of those complete packages that is so satisfying to unwrap from the Cellophane: colourful artwork, a complete set of lyrics, and a thank-you list to influential bands. The record is one of those that take a few listens to get into, and I don’t think I’m the only person who feels that this initial uncertainty makes for a stronger reaction later on. On the first one or two listens, this is a very hardcore record, with its closest relation being metal. This is only an initial and, as it turns out with subsequent plays, superficial sample of what the band and the record has to offer.

The five-piece band has combined a melodic vocalist very much suited to the new-metal style; another vocalist suited well to old-school punk rock; and musicians on guitar, bass, and drums who can pull together to create an experience that not only pulls the two elements together but creates a sound exclusive to Alexisonfire. It’s not one of those records that you are likely to play over and over each and every day; it is a record, however, that will fit perfectly into one aspect of your life or your character and find a permanent home. For example, this is the record I fall asleep to every night and listen to when I am alone, upset, and It’s getting dark outside. Nothing else will do.

For me, this band is the logical progression of almost 40 years of punk and the last ten years of metal. If you give Alexisonfire a chance, nothing will make more sense to you than the music these five guys create. 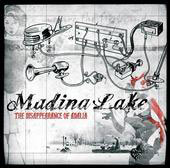 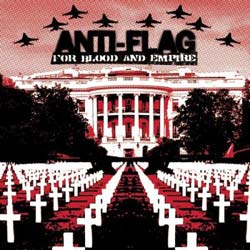