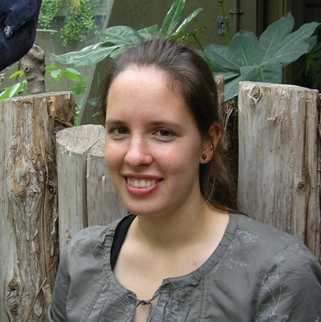 In this week’s profile we meet Katie Patrick, a 2005 graduate of AU’s Bachelor of Science program. Katie, who is currently studying naturopathic medicine at the Canadian College of Naturopathic Medicine (CCNM) in Toronto, tells how her goal of becoming a naturopathic doctor kept her focused while working on her bachelor’s degree. She also highlights some of the resources that helped her stay motivated while learning at a distance, and explains why she finds the naturopathic lifestyle appealing.

Katie’s journey to AU resulted from a sudden change of career and school plans. Initially, she had enrolled in a clinical herbal therapist program at Dominion Herbal College (DHC). However, partway through her second year, DHC closed its Toronto clinic–in the middle of the semester. Katie was faced with a choice: quit the program, or move to British Columbia, where DHC’s other clinic was located. At the same time, Katie had become interested in obtaining a degree in naturopathic medicine, but she would need a traditional bachelor’s degree before applying. She began researching her options.

Because of its flexible course contract system, AU stood out as the best choice.

?I didn’t want to waste a whole year waiting to get started on my degree,? Katie says. Athabasca allowed her to begin classes in the middle of a traditional semester. Its flexibility also allowed her to take a temporary full-time job, and to fluctuate between full-time and part-time work as her employer needed.

Once Katie had set her sights on attending naturopathic college, that goal became her biggest motivator. Planning ahead was key. Katie pre-planned most of her degree well in advance, doing the required courses and CCNM’s entrance prerequisites early in the program.

?That left me with more choices during my final semesters, when I was starting to wind down,? she says. She also balanced her semesters so that she was taking a combination of easier and more difficult courses at once.

During her final semesters, Katie made use of AU’s letter of permission option to take some more specialized biology and ecology classes that she wasn’t able to find at AU. This also allowed her to experience some of the newer developments in distance education, such as online discussion boards and other opportunities for student interaction. She found that participating in these interactive forums was an excellent way to stay focused.

?The other students helped keep me on track,? she says. Since then, AU has implemented similar opportunities for online discussions in many of its courses. ?It’s a good idea,? Katie says. ?There’s nothing like keeping connected with other students to stay motivated.?

Although she enjoyed Athabasca’s flexible course contract, which allowed her to spend more time on more difficult courses while working quickly through the easier ones, Katie liked the concept of the semester system that several other distance universities used.

?It helped me focus, since it meant that I was very structured in my approach to the courses,? she says. AU now also offers a number of ?grouped study? courses; they run on the semester system and are taught either in a classroom setting or through a web-based environment.

Katie further suggests that students take advantage of some of the other resources AU offers, especially the ability to access tutors by email or telephone. ?The tutors are really willing to help,? she says.

Currently, Katie is in her third year at CCNM. It is a four-year program, with the last year mainly composed of internships–something She’s definitely looking forward to.

Katie was initially drawn to naturopathic medicine because it treats the whole person. ?It focuses on finding the root cause of a patient’s problem,? she says. ?There’s no band-aid solution.?

Because of this, she notes, naturopaths, who are trained in several areas, including botanical medicine, Asian medicine (traditional Chinese medicine and acupuncture), diet and nutrition, lifestyle counselling, and homeopathy, ?can tailor individualized treatments to a particular patient.? Most naturopathic doctors specialize in a particular area, and Katie has chosen to focus on herbal medicine. In addition to regular courses and clinics, she takes more advanced herbal medicine classes, creates herbal teas and tinctures, and works part-time at a natural dispensary.

Katie applies the whole-person approach to her own life, ensuring she has time for family, friends, and hobbies as well as studying. ?There’s only so much school you can do!? she says.

She loves the outdoors, and tries to spend as much of her free time as possible hiking, biking, and walking, or painting outdoor scenes and animals. Another hobby is writing; for the past few years, Katie has written the Voice’s ?Course Introduction? column, highlighting new and revised courses offered at AU. She has also been published in the Herb Quarterly and the Canadian Journal of Herbalism.

Although it might be tempting to study non-stop, Katie recommends otherwise. ?Giving yourself a break, whether to exercise, pursue a hobby, or socialize a little will give you a chance to refocus,? she says. ?When You’re feeling refreshed, It’s so much easier to look at the big picture and remember why you decided to go after your goals.? 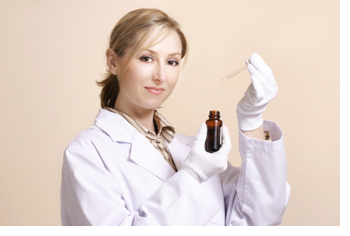 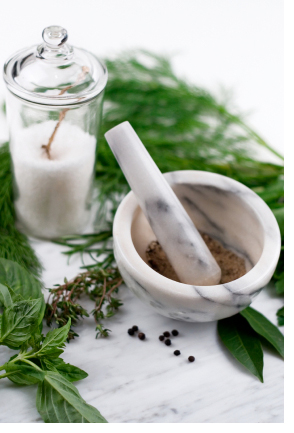