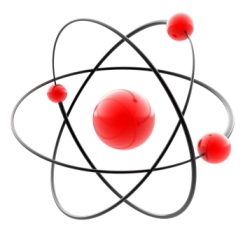 WINNIPEG (CUP) ? Canada is pumping out science graduates just as fast as they can be employed, leading some observers to wonder if our universities are doing enough to promote the sciences.

?Our economy is moving into a knowledge-based economy that is going to require more people who are comfortable with science and engineering . . . and [the government is] going to be very hard pressed to attract that workforce.?

According to the latest Labour Force Survey, employment in the professional, scientific and technical services was the third fastest growing in the country, surpassed only by educational services and public administration.

Let’s Talk Science is one of several organizations across Canada hoping to increase the number of students and skilled professionals in the sciences and mathematics.

LTS, a charitable organization funded by donations and grants, offers programs and resources for children and adults.

The LTS partnership program has volunteer university students visit schools to share their experience in the field and engage the students with science- and mathematics-related activities. The program exists on 21 campuses, with over 14,000 volunteers.

There are also many regional programs.

?If we want to shift the culture, the drive for science and technology must permeate all walks of life,? Schmidt said.

Schmidt believes the importance of science is becoming clear at the upper echelons of Canadian politics. Grants for outreach programs have increased along with concerns about preparing a workforce for the future.

?There’s been a growing interest over the last 10 year within the scientist community to engage the public in scientific pursuit,? Schmidt said. ?Now, you’d be hard pressed to find a university that doesn’t have at least one outreach initiative.?

Educators are getting on board, trying to combat negative stereotypes about scientists and promoting awareness of career options. The perceived difficulty of the programs is also a drawback on recruitment efforts.

?I think we discourage people from sciences by requirements that might not be that important at an early stage,? said Robert Campbell, president of Mount Allison University in New Brunswick.

Schmidt agree, noting that getting students in the door is the first step.

?Science and technology often gets grouped into this great big area,? Schmidt said. While a growing number of jobs require a scientific background, students still believe being a scientist is the only option.

?Kids just don’t know where the jobs are,? she said.

Retention is also an issue to note. Once students have been attracted to the sciences, teaching them in a way that engages their imagination is key to their continuation in the program.

?The pedagogy of science is something we have to be looking at. There’s no point discouraging students at the beginning,? said Campbell. ?Some of the mass-oriented science departments lose students . . . It’s hard to learn if You’re learning in a lecture format.?

Campbell and Schmidt opt for more practical, ?issue-based? experience and a hands-on approach to science.

?You’ve got to create an environment where students are engaged in their own education,? explained Campbell. ?Research gets the kids re-involved in the magic of science and creativity.?

?To survive, you have to create opportunities for senior students to be useful in their work,? added Schmidt.

This approach, though, is not indicative of current trends, according [to] Leslie Cormack, dean of arts and social sciences at the Simon Fraser University in Vancouver. Nor is the relatively higher number of humanities and social science graduates.

?These disciplines have constituted the lion’s share of the post-secondary system [for over 50 years],? she said.

Cormack added that the lower cost of running humanities programs ensured the flow of government grants, even during a recession.

Dale Kirby, however, an assistant professor of post-secondary studies at Memorial University of Newfoundland, believes that enrolment in the humanities over the sciences is motivated by demand demonstrated in the Labour Force Survey.

?We’ve got a growing services sector; it only makes sense that we have university graduates [in them],? Kirby said.