In Canada, we have an interesting (and often confusing) blend of funding and service in our health care system. Is it public? Is it private? Who pays for it? Who delivers the services?

Those questions, and the prickly debates they can lead to, are characterized by a couple of recent rows over health services. Specifically, private morality versus public funding.

In 2006, a woman went to St. Elizabeth’s Hospital in Humboldt, Saskatchewan, for a tubal ligation. This is a common, legal operation in Canada. The woman was denied. Why? Because even though the majority of the hospital’s funding comes from the public purse, St. Elizabeth’s is a Catholic institution, one whose mandate doesn’t include procedures for birth control. (After lodging a complaint with the Saskatchewan Human Rights Commission, the woman recently won a $7,875 settlement.)

The same issue has reared its head on Midland, Ontario, where two hospitals are considering a merger. If it happens, the secular Huronia District Hospital and the Roman Catholic Penetanguishene General Hospital will become a single Catholic organization. And that means an end to procedures that conflict with the religion–including counselling for AIDS patients, vasectomies, tubal ligations, and other birth control options.

My initial reaction was that this is a clear-cut matter: if It’s a publicly funded community service, keep religion out of it.

After all, the Canada Health Act makes it plain; the primary objective of Canadian health care policy is ?to protect, promote and restore the physical and mental well-being of residents of Canada and to facilitate reasonable access to health services without financial or other barriers.? This publicly funded service must be universal, with ?all insured residents of a province or territory . . . entitled to the insured health services,? and it must be accessible, with citizens having ?reasonable access to insured hospital, medical and surgical-dental services on uniform terms and conditions, unprecluded or unimpeded,? either by extra charges or by discrimination.

But then the waters got a little muddy. Because while hospital services are publicly funded, the institutions themselves are, for the most part, private. In fact, the majority of Canadian hospitals are private, not-for-profit institutions, owned and operated by religious organizations, regional health authorities, or communities.

Which raised an interesting parallel. Primary health care physicians are also publicly funded. You go to your doctor; she bills the provincial body for the visit; she gets paid out of the public purse. (Assuming, of course, that It’s for a treatment covered by your provincial health insurance plan.) But a doctor can decide whether or not to accept a patient into his practice. A doctor can decide, based on her own moral and religious beliefs, what procedures She’s willing to perform under the umbrella of that practice.

The answers aren’t as clear as they might initially seem. But as citizens of a country with a proud public health care tradition, It’s a matter we should question before we find our access denied. 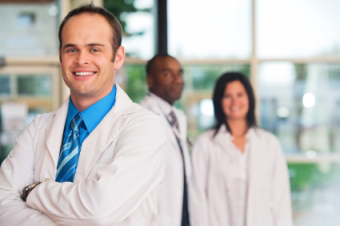