Articles
The Voice
Nature Notes – From the Backyard to the Biosphere. LEK and TEK

When thinking about the act of conservation, many of us tend to picture professionals (maybe biologists, ecologists, physical geographers) out in the field collecting data, processing samples, and crunching numbers in their labs, plugging info into computer simulation models, and coming up with the most up-to-date, scientific solutions to the environmental problems they’ve discovered.

However, conservation as it happens on the ground often involves a far broader range of people than only those we think of as professionals. Both at the initial problem identification stage and throughout the various problem resolution stages, local community members often play key roles in conservation.

This is particularly true in my field–ecological restoration, focused on the repair of damaged and degraded ecosystems. Local community members often do a lot of the hard labour involved in carrying out restoration projects–the site preparation, the invasive-species removal, the planting, the ongoing maintenance . . .

But more than that, locals–particularly those who have lived in one place for a long time–are increasingly coming to be seen as intellectual resources for conservation activities such as restoration. These people are often intimately familiar with their local ecosystems and are coming to be recognized as holding the type of long-term, detailed ecological knowledge on which environmental understandings, and thus successful restoration initiatives, need to be built.

LEK is discussed as the local knowledge held by long-resident non-indigenous people such as inshore fishermen and farmers. These people often hold detailed knowledge about the historical structure and functioning of local landscapes, and are often very familiar with the activities and events that led to the degradation of their local ecosystems. The existence (and illumination) of such knowledge is attracting the attention of an increasing number of scientists.

However, while interest in LEK is growing, the attention being paid to this area of knowledge is far outweighed by scientists? interest in obtaining traditional ecological knowledge (TEK)–the environmental understandings of indigenous peoples.

Indigenous peoples have typically resided in their traditional homelands for hundreds if not thousands of years, have utilized a broad range of natural resources, and have managed landscapes through such practices as burning, clearing, tilling, pruning/coppicing, weeding, planting and transplanting.

But seeking and sharing knowledge is not an unproblematic endeavour. Both indigenous and non-indigenous communities are expressing a desire to have their knowledge, understandings, and perceptions of the local environment taken into account in environmental management activities such as restoration. However, there is significant resistance to the portrayal of local communities as sources of data to be used by outside environmental management professionals for what many see as outside management interests.

Non-indigenous local communities are becoming increasingly vocal regarding their desire to influence first-hand what happens to shared and/or public space, and are actively resisting the expert scientist’s sole decision-making powers via political pressure, media, and other means.

Indigenous communities are similarly involved in resisting the data repository role assigned to them by non-indigenous environmental managers. Indigenous authors and activists stress that TEK is not simply ?information? that can be extracted and plugged into a Western understanding of environmental management.

TEK is discussed rather as a way of life, a code of ethics and instructions on how to respectfully relate to other kin and members of Creation. TEK is therefore seen as inseparable from the people who hold it, the land from which it arose and in which it is contextualized, and can and should not be extracted, distilled, and compartmentalized to fit and serve a Western world view.

Both indigenous and non-indigenous local communities are key to the restoration of degraded natural areas. Without their involvement and support, good, ethical, sustainable environmental management and restoration initiatives are simply not possible. Both communities have vested interests in ensuring that local ecosystems are as productive as possible, and in ensuring that local community members have a say in how recovery of ecosystem health is achieved. 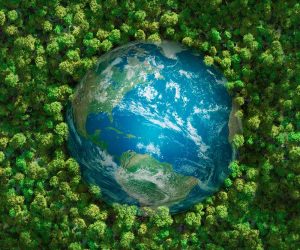 The Battle for Habitat Conservation