News & Events
The Voice
Click On This – Random Coolness

Sometimes it just beats all what human beings spend their time making, doing, being, and sharing with others. The limitless capacity of the human mind is stunning.

It’s almost impossible to believe someone actually created that. Can you imagine the skips if you hit a pothole?

The Willy in this case is Sir Wilfred Laurier, now a very former prime minister of Canada. This site allows you to enter the serial numbers from your paper money, and hopefully track the paper money’s travels. You are advised to mark the URL of the site on your bills so that people know where to go. It is not illegal to write on Canadian bills, by the way.

No, that’s not a typo! A collection of wall treatments that are part wallpaper and part art.

30-Second Bunnies Theatre and other cartoons

The bunnies doing movies craze hit the Internet a couple of years back, spawning hundreds of films redone as animated bunny shorts. This site archives a few, ranging in taste and style from ?Alien? to ?It’s A Wonderful Life.?

They aren’t kidding when they call it the world’s biggest show and tell. This site is a wealth of art, games, toys, gadgets, crafts and so much more. And you the user can add your own!

A fabulous collection of wonderful posters to suit every taste. I wouldn’t pass this up, even if you just look for some visual jollies.

You can navigate a remote control car around this guy’s office. There might be a bit of a lineup when you hit the site, though.

Unless there’s something someone hasn’t told me, I think we’re pretty safe.

Oh man, we’re a loony lot, us humans. Can you believe the stuff some of us believe? Interesting, and a tad humorous in parts. 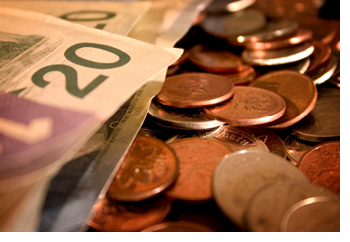 International News Desk – At Home: Show Me the Money – Around the World: Stop Whining!