News & Events
The Voice
Education News – No payoff for cramming: York professor proves It’s better to study over a period of time 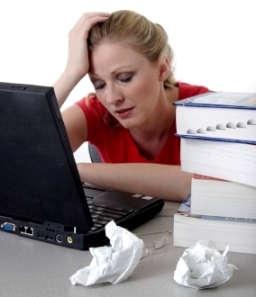 TORONTO (CUP) — A study at York University suggests that cramming right before an exam may not the best way to learn and retain information.

The study, entitled ?Spacing Effects in Learning: A Temporal Ridgeline of Optimal Retention,? was concluded by psychology professor Nicholas Cepeda in Oct. 2007.

The study surveyed 1,350 individuals and showed that material needs to be relearned at least one month after initial learning in order to retain it for one year.

Cepeda used online flashcard-style testing at varying times to reveal that information is retained on a sliding scale.

?What we have conducted shows that using flashcards while studying can greatly increase how much you remember, compared to just reading the textbook. Write the question on one side of the card, and the answer on the back. Quiz yourself using the question, then wait a few seconds, and then look at the answer,? Cepeda explained.

?Cramming for exams hurts short-term retention of facts a month after learning. Students remember about 10 per cent additional facts by not cramming. Cramming is even more detrimental to long-term retention a year after learning. By spacing study episodes across a month-long period, students remember twice as many facts as when they cram, a 100 per cent improvement in retention after a year.?

While many students agree with Cepeda’s study, they recognize that cramming is often necessary.

?If your schedule is very tight, then you don’t have much time. You have no choice,? said Levi Stutzman, a first-year psychology student. ?When you cram, you pretty much are putting as much information as you can, and when you study longer you have time to digest.?

Cepeda said that his studying time was usually under control. ?I can quite confidently tell you that I have never pulled an all-nighter getting ready for a test. Personally, I find sleep is more important than spending half-asleep time studying,? Cepeda said. He does understand, however, that some students need to cram before an exam. ?It’s natural for everybody. Cramming is more like absorbing information instead of learning it.?

Despite the study results, some people argued that other people work better under tight deadlines. ?Some people work better under pressure. You can produce good or bad quality of work.? Capeda suggested that spreading out study time would improve retention. ?If you have three hours devoted to studying for an exam, spend an hour a day, over three days, instead of spending three hours in a single day.?

He also recommended that students alternate their study times across different types of material. ?Spending an hour on history, and then an hour on math will be more effective than spending two hours solid on history and then two solid hours on math.?

But some students feel it is not necessarily important to remember everything after an exam has passed. ?I work really well under pressure. When I know I have to get this done, it motivates me. You cram to pass an exam, not to get intellectually rich,? said Janilee James-Coutou, a first-year science major.