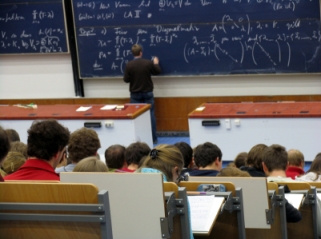 EDMONTON (CUP) — A shortage of university seats in Alberta has colleges offering more four-year degree programs to satisfy the increasing demand for education that universities are unable to meet.

?I think there’s not enough seats at the universities; there hasn’t been for a very long time,? said Carl Amrhein, provost and vice-president of academics at the University of Alberta.

?[Alberta has] one of the smallest, lowest ratios of university seats to high-school graduating classes, so there are simply not enough spaces in the universities.?

The University of Calgary turned away a little over 5,000 qualified applicants in the fall of 2006.

Many of these students have instead attended other institutions, such as Mount Royal College and Grant MacEwan College, to fulfill their post-secondary aspirations.

According to Janet Paterson-Weir, Grant MacEwan College’s provost, availability isn’t the only reason students are choosing colleges over universities.

?The research we’ve been doing indicates that students come here for many different reasons. One would be that they can’t get the degree anywhere but here, such as our Child and Youth Care degree. Another reason is they might come here because it’s a small environment where the professors are assigned to teach directly in each class.?

Carlie Pochynok, a Journalism student at Grant MacEwan College, agreed. She chose the college not only because It’s the only institution in Edmonton with a journalism program, but also because the environment suited her.

?I’ve gone to both U of A and Grant MacEwan, and at Grant MacEwan the class sizes are the main difference that people notice,? Pochynok said. ?You can walk into a lecture hall here with 50 students, and 300 at U of A.?

?Most of the professors here also know you by name, and there’s easier access to them and to other students.?

While the demand may be growing at colleges, they were only given the freedom to offer degrees in 2003 when the Alberta government introduced the Post-secondary Learning Act.

The Act allowed the college system to offer baccalaureate degrees, and created a peer-review committee to oversee the creation and quality of all degrees offered by post-secondary institutions in Alberta, ensuring that all degrees are considered equal by potential employers.

Internationally, however, Amrhein believes that the brand of a university may change how a degree is received.

?When you go to China, Japan, Germany, they know who the U of A is because they have experience with us. They probably don’t know who Grant MacEwan College is,? he said.

?So if you present two degrees to someone in Munich, they know U of A, [and] they probably don’t know Grant MacEwan. All else equal, they’ll probably pick U of A.?

Jinting Zhao, a fourth-year political science student at the U of A, thinks It’s a valid distinction. She believes that universities are able to teach at higher level than colleges.

?It’s about access to a network of the best minds and the best resources available in any particular field of study. These resources are more likely to pool at the University level rather than the college level,? Zhao said.

Amrhein is also concerned about the high-school graduates who never even apply, though.

?When engineering is known to be admitting people whose averages are in the 80s, a whole bunch of students with averages in the middle-70s who could succeed never bother to apply,? he said.

?There’s the students who are turned down, that’s several thousand students a year I guess. [But] I’m as worried or perhaps more worried about the discouraged students who never even apply because they think it’s hopeless.? 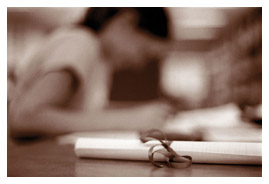