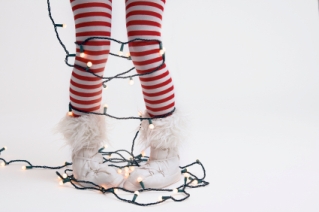 There’s no shortage of stress in the mad dash to have everything ready in time for the holidays, so here’s a lighthearted look at some of the strange?and embarrassing?news items related to the season.

A group from England’s Cheltenham and Gloucester sports and social club booked a holiday shopping trip to Lille, France, but the gift that should have been first on their list was a map for their driver.

As the group set out for a fun weekend of shopping, the coach driver entered their destination into his satellite navigation system. Seven hours later, they ended up in the right city?but the wrong country.

Instead of programming his sat nav for the city of Lille, France, the driver had chosen a village of the same name in Belgium. Apparently, the passengers became curious when they started noticing signs for Eindhoven, a city in the Netherlands, but the driver assured them all was well. When the mistake was realized, the driver unplugged the high-tech navigation system and found his way back the old-fashioned way?using an atlas.

The passengers may have been unhappy, but at least they didn’t take out their frustrations the way an 18-year-old Louisiana man did. The man was arrested after tackling?and bursting?an inflatable Frosty the Snowman lawn ornament.

No explanation was given for why the man tackled Frosty, wrestled him to the ground, and popped him, but police report that he was apologetic. He posted bond and was released. At last report, inflatable Rudolphs in the same neighbourhood were seen fleeing.

Frosty’s attacker isn’t the only one feeling sheepish this holiday season: a grocery store in Manhattan apologized after advertising hams as ?Delicious for Chanukah.?

Balducci’s grocery on 14th Street posted signs promoting the hams for the Jewish holiday?even though Jewish dietary laws forbid the consumption of pork. A woman spotted the signs and posted photos of them on her blog, and the company quickly followed suit, posting an apology on their own website.

But if those holiday blunders have put a damper on the seasonal spirit, a mystery elf in New Jersey is sure to brighten things up. It started just before the U.S. Thanksgiving: Christmas ornaments started appearing along the Garden State Parkway.

The decorations have been tied to two large pine trees, and include glittery red and green balls, a large silver bell, and other colourful baubles.

There are no clues to the identity of the mysterious decorator, but as a spokesman for the New Jersey Turnpike Authority, Joseph Orlando, observed, ?Somebody has a lot of holiday spirit, which is great, but a lot of spare time at night, which is not so great.?