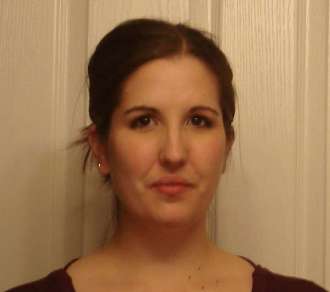 In this week’s profile, we meet Michelle Bonnier, a student in Athabasca University’s Bachelor of Science (Human Science) program. Michelle, a ?traditional? student age-wise, chose AU because of the focus of its biology program. She discusses the additional benefits She’s discovered in distance education, and tells what She’s using as motivation to keep herself grounded amid full-time work and six concurrent courses.

Michelle began studying biology soon after high school at the University of Alberta’s francophone Faculté Saint-Jean. However, toward the end of the second year, she ran into difficulties.

?I found out I needed hearing aids,? Michelle says. ?Money started getting tight . . . I applied so many times to get [financial] help but I couldn’t get it . . . no scholarships, no bursaries.? At that point, Michelle moved home to Calgary and began looking at her options.

Initially, she planned on attending the University of Calgary, in her hometown. However, while the U of C’s biology program focused on ecology, Michelle’s interests were concentrated in human sciences (for example, anatomy, genetics, and nutrition). Michelle became interested in Athabasca University when she discovered that it offered a Bachelor of Science in human sciences.

?AU had a great program,? she says. She also realized that distance education would offer a unique advantage: ?It worked well with my hearing problems,? she says. ?[I would have] less dependence on using my ears.? Michelle enroled at Athabasca, transferring most of her University of Alberta credits into the program.

Enroling at AU and transferring courses was fairly easy. Switching from French-language biology classes at the University of Alberta to English-language courses at Athabasca presented a small challenge. ?Some of my biology classes are a bit strange for me, because I know all the terms only in French after 14 years of school in French,? Michelle says. ?But It’s not been too hard of an adjustment.?

Now, with only 11 courses remaining, Michelle is a big fan of distance education. ?It . . . ended up working out way better than I thought it would,? she says. ?I love it!?

It’s not just the efficiency of working independently and the ability to avoid the hassles of class that appeal to Michelle. She enjoys the actual approach to studying that distance education entails. ?I like the method of studying by reading,? she says. ?I never used to have to read my textbooks before, and I’ve found I’ve learned so much more this way.?

Another benefit of distance education has been the chance to work as well as study. Initially, Michelle hadn’t planned on working full-time while studying, but when the opportunity arose, distance education gave her the flexibility to accept the position. Michelle currently works as a nanny to a three-year-old boy and two-year-old girl, a job She’s had for two years now.

Although It’s almost impossible to get homework done?the very active toddlers keep her busy?she enjoys the job. ?they’re so good for me,? Michelle says. ?They make so much mess and noise and drive you crazy but you can’t help but love them because they are so darn cute!?

After graduation, Michelle plans to enrol in the University of Calgary’s accelerated nursing program. The 18-month program, intended for those who already have a Bachelor of Science, expands on the BSc and includes the necessary practicum hours. Although she had considered studying nursing when she enroled at AU, Michelle decided against it when she realized she’d have to start from the beginning. With the accelerated program, ?I’m done in the same amount of time, but have two degrees,? she says.

For the long term, Michelle’s goal is to become a pediatric nurse. She loves children, and her work as a nanny has given her plenty of hands-on experience. Plus, ?I’ve had health problems as a kid,? Michelle says. ?It’s always been on my heart to help other sick kids.?

Currently, Michelle is taking six courses, which, when combined with her full-time work, results in a hectic schedule. ?It’s crazy,? she says, but she makes it work.

First, she staggers her course enrolment: rather than beginning all her courses at the same time, she enrols gradually over a period of several months. As a result, ?I never have more than one or two finals in a month,? she says. Second, although she plans her time carefully, she also makes it a point to schedule downtime. ?[Take] it one unit at a time, but [ensure] that you take a break and refresh yourself,? she says.

For Michelle, working out and taking fitness classes is refreshing emotionally as well as physically. ?I take two [fitness] classes for an hour each,? she says. ?[It] is my time to myself to not think about school or what I have to do.?

To keep connected with other students, Michelle has become involved in the AU communities on both AUSU’s website and Facebook.

?We don’t have that same environment as brick and mortar universities,? Michelle says. ?[But] I’ve met some great friends . . . who have really helped keep me motivated.?

She has participated in AUSU’s chatroom and Study Buddy program. She also has started an AU human science major group on Facebook, where members discuss courses and homework. ?It’s a great system, even if we are in different classes,? she says. ?It makes you feel less like You’re doing everything on your own.?

Michelle’s biggest motivator, however, is an upcoming trip to Australia. Her sister, who lives down under, is getting married next fall, and Michelle has set her visit as a goal for completing her degree.

?I kind of have a deadline,? she says. She’s planning on spending three months traveling in Australia, having a well-deserved break from studying. For once, she laughs, ?[I’ll be] doing absolutely nothing!? 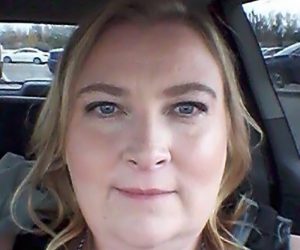 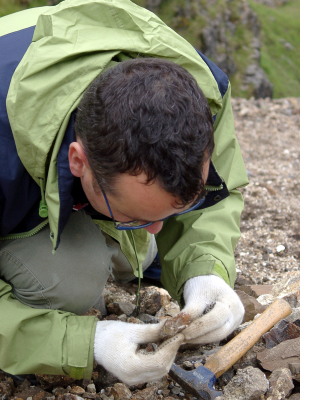