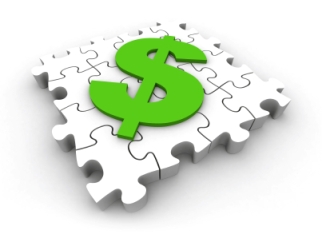 TORONTO (CUP) — The image of student activists marching on the legislature, brandishing bright yellow ?Reduce tuition fees? placards, is one that most students might recognize.

They bring megaphones to amplify their slogans and wear T-shirts that say, ?I sold my other shirt to pay for tuition.? Their signs don’t read, ?Increase taxes.? But some think they might as well.

Tuition fee reductions and freezes would lead to ?obvious? tax hikes, says C.D. Howe Institute policy analyst Yvan Guillemette. As pushes for freezes and reductions continue, he and others are wondering whether proposals designed to take some of the load off of students? chequebooks will hit other citizens? pockets instead.

In 2003, the University of Manitoba Students’ Union criticized the provincial government for funding its tuition freeze through new taxes, saying, ?In the end, students saved some money through lower tuition yet ended paying more in taxes . . . government has come out ahead while students and universities have lost.?

That’s what students can expect from freezes and reductions, analysts say.
Students ?can’t only expect the government to keep services high and fees low,? says Neil Desai, the Ontario director of the Canadian Taxpayers? Federation. ?They have to be willing to work with them as students.?

Student groups advocating lower user fees may want to be careful what they wish for, Guillemette adds.

?Freezes and reductions are not an investment,? he says. ?When the government freezes or reduces tuition, It’s not putting funding into the other aspects of post-secondary education.? Those ?other aspects,? he says, include building maintenance and research funding.

But Amanda Aziz, national chairperson of Canadian Federation of Students, says fees can add up, preventing students from pursuing their education.

?User fees are a barrier for low-income Canadians,? she says. ?We have to send the message to the provinces helping to create those barriers that this isn’t good for students.?

But the CFS and other groups may be forgetting that the provinces? roles go beyond this one issue, Guillmette says.

?Education always seems to lose out to things like health care,? he says. Desai agrees.

?The government has so many other things to deal with besides post-secondary education,? he says. ?There has to be a balance between public and individual investment. When groups are calling for a [tuition fee] freeze, they’re calling for society as a whole to fund universities in a greater way.?

She cited the B.C. government’s 2005-06 budget, which stated that ?70 per cent of job opportunities will require some post-secondary education,? as a reason why ?society needs an educated population.?

Desai says that while he can understand students? desires to get a good education, they should be prepared to get what they pay for.

?It [currently] falls to all taxpayers to fund universities,? he says. ?Students need to come to the realization that they’re contributing to the cost of post-secondary education, but so are other citizens.

?And not everyone in the province goes to university.?

?That’s just the way our tax system works,? she says. ?Once you make a lot of money and can afford to pay more in taxes, you have to help to fund education for people who are faced with barriers.?

?they’re aware that society is contributing most of that money,? he says, ?but they think It’s the right thing to do.” A tuition freeze might even work against students, he adds.

?It would hurt them more than it would help them, I think,? he says. ?When you freeze tuition, you freeze it for everybody, not just those who have difficulty paying.?

Desai recently finished his master’s degree in England. He says many students in Canada don’t realize how lucky they are.

?We are very privileged here,? he says. ?We have very high expectations, and expectations don’t come cheap.?

U. of Winnipeg Students Vote on Tuition Fee Reductions