Along with the advantages of being an AU learner comes the challenge of getting to know fellow students. In Christina`s insightful profiles, readers get to know the faces behind the names as AU students share their dreams, goals, and advice for success. In this profile, computer science student Ryan Nabozniak shared his thoughts on the importance of networking with fellow AU students. This article originally appeared August 17, 2007, in issue 1530. 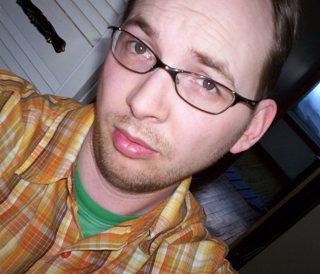 In this week’s profile, we chat with Ryan Nabozniak, a computer science student who has nearly finished his degree. During his time as an Athabasca student, Ryan has seen many ups and downs, but has stuck to his goals. He weighs in on the importance of networking, discusses some of the unique challenges distance students face, and even offers suggestions on how AU can continue meeting the special needs of its students.

After 11 years, Ryan’s Athabasca adventure is drawing to a close; he plans to complete his degree this fall. Academically, the experience has been excellent. Because of the on-point case studies and emphasis on critical thinking, he feels that many of his courses have helped him practically in the workplace.

?We’re taught to be systems analysts and part of that is understanding the politics and personalities in an organization,? he says. He names a course on organizational behaviour as his favourite. ?I learned a lot about managing different personalities and It’s helped me directly on the job,? he explains. Ryan also likes the fact that Athabasca’s computer science courses are now offered mainly online: ?It’s easier to connect what You’re learning with what you do on the job.?

One of the reasons Ryan was initially attracted to Athabasca University was its post-diploma program, which was in its infancy at the time he enroled. Although he has an Instrumentation Engineering Technology Diploma from NAIT and has worked in engineering for years, he didn’t enjoy engineering work. ?I liked systems support,? he says. Athabasca University’s computer science program was the answer, and the post-diploma program allowed him to transfer about 45 credits from his college diploma toward his computer science degree. Another drawing point was Athabasca’s flexibility.

?Engineering is a very transient industry,? Ryan says. Throughout his career, he has moved around a great deal, rarely being with one company for longer than one year. Currently he lives in Timmins, in northern Ontario, where there are no traditional universities. ?AU allowed me to continue my degree wherever I was,? he notes.

Ryan feels that one of the biggest challenges distance students face is isolation. He’s amazed at how many Athabasca students have never talked with other students, even if they have been with Athabasca University for some time. ?Being a distance ed student means feeling that You’re the only person with any problems,? he says. ?You’re not.? For him, the solution was to network with other students, something he feels is crucial to success as a distance student. He recommends connecting with other students online in the discussion forums on AUSU’s website. The courses now offered through the Moodle system also offer the opportunity to chat, discuss, and network with students taking the same course. There are additional avenues outside of the university itself: for example, Facebook has a large group of Athabasca students. Ryan is involved in the Facebook group for AU computer and information science students.

Connecting with other students also has non-social benefits, as many upper-level students can give valuable advice and perspectives on course and program planning. For example, Ryan maintains a computer course summary thread on the AUSU discussion board. ?If You’re in comp sci, take the time to read [it],? he says. ?It will help you so much in course planning.?

Ryan feels that the AUSU forums and the online discussion capabilities of Moodle are a ?step in the right direction? toward meeting the special needs of AU students. For the future, however, he would like to see a more extensive psychological support network in place for students. Although support is given for exam and study stress, he feels these are minor compared with many of the life stresses Athabasca students experience. Typical 20-year-old undergraduate students don’t need to deal with family issues like divorce and separation, death of a parent, serious physical illness, or just trying to keep a roof over their head. ?But by the time You’re 40, you’ve definitely hit a few a bumps,? he says.

Finally, Ryan warns students not to feel too discouraged when their university career does not go as planned. There was a point when he himself considered walking away from everything. At that time, he and his wife had just lost their home and savings. Focusing on homework was nearly impossible with the financial stresses in his life. ?I got a 0 in my Math 309 course because I was trying to keep a roof over my head,? Ryan says. He adds, ?It is almost a certainty that this will take longer than you expect it to and life will get in the way. Try to take it in stride; if you persevere, you’ll be so much stronger and better for it.?

As graduation nears, Ryan is looking forward to starting a new position as an applications consultant for Intergraph in Calgary, Alberta. ?I’ll be juggling three roles in that position,? he says. He’ll give technical support and troubleshooting help to clients of the company’s enterprise application, Smartplant, and will train users and administrators of the application and support sales staff by helping them explain the system to clients. His engineering background will come in handy as well, since the primary users of the application are engineers.

?[It] should be a lot of fun for someone like me,? he says, adding, ?You never know where life will take you.?