Articles
The Voice
In Search Of

Lonita is a regular contributor to The Voice, and she scours the vast realm of the Internet each week to bring readers fascinating and unusual sites in ?Click On This.? In this article, she examines various faiths and the wonderful discoveries that can be made by keeping an open mind. This article originally appeared January 12, 2007, in issue 1502. 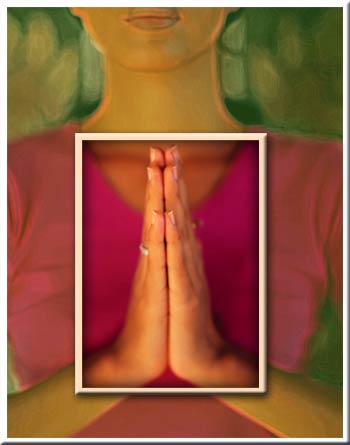 I’ll tell you right up front that I am an atheist. I am not one in the strongest sense of the term, but what a friend once termed a “passive atheist.” In the simplest terms, for me, this means that while I do not personally espouse belief in any sort of supreme being or power, nor do I feel that I need such belief in my life, I do not denigrate that need and desire in others. In fact, I find the whole thing fascinating. From the simplest belief to the most complex ceremony, I find religious, spiritual, and philosophical matters to be some of the most entrancing aspects of humankind.

I have friends and relatives who span the wide range of the belief systems of the world, from devout Catholics, to Santeria priestesses, several species of Wiccan, and even a Baptist minister. I, too, bear an ordination, in the Universal Life Church (ULC), an organization that will ordain anyone who asks, and asks nothing more of its members than that they espouse complete freedom of religion for one and all and sundry. I was recently asked, in fact, with ministerial documentation in hand, to officiate at a friend’s wedding, but it turns out the province of Ontario has not yet added ministers of the ULC to its accepted list of clergy. At the same instant that I was disappointed I couldn’t perform this special duty for my friends, I also realised that I could then attend the wedding as a guest, and avoid the entire trauma of public speaking. That’s the trouble with ministerial duties?they require a lot of talking in front of groups, and It’s not an especial talent of mine.

I was raised a Roman Catholic, went to Catholic schools, and participated in the usual roster of Catholic ceremonies and mass, but realised very early on that it was not for me. I felt somewhat like a square peg in a round hole: the faith was a suit of clothing off the rack, and I, like so many, needed a custom fit. I’ve oft given thought to having myself officially excommunicated, but not doing so makes my grandmother happy, and does no harm anyhow.

Each Christmas Eve I still attend mass, but It’s in Polish, a language I understand about ten words of, and most of them aren’t applicable (none of them are vulgar, either; but one does not normally require the words for ?head,? ?coffee,? ?tea,? and ?pig? during a mass). It’s a tradition to attend mass with my friend of Polish descent, after the traditional Christmas Eve meal. Part of that tradition includes the breaking of holy bread that my friend’s mother acquires from the local parish. Each person present takes a little piece of the bread of every other person present, and they take a piece of yours; and while you share your bread you share your wishes for that person, wish them a Merry Christmas, et cetera. It’s a nice tradition, like the shaking of hands and wishing of peace during the mass itself.

My first real brush with a faith other than Catholicism was Wicca. I don’t even recall how I fell into that, or met those folks, but one spring day I found myself out in the woods with a crowd of Wiccans celebrating Beltane?maypole and all. I have, sadly, a very dim memory of that event, but do recall cracking my teeth on the communal wine goblet as the presiding priestess passed around the circle holding it out for us to sip from. I remember a nice feeling of community, actually, more so from a nice day in a beautiful setting with a group of comfortable people, than from any spiritual aura. I never did feel at home in that collection of faiths either, but did come to feel that if one were to espouse any particular religion, one that respects the earth and all its fruits?animal, vegetable, and mineral?made more logical sense than anything else.

My most recent foray into the non-atheist world was allowing a friend to instruct me in some of the knowledge and practices of Santeria. It’s an odd little belief system, that, but interesting. It encompasses ancestor worship, the performance of rituals, and much in the way of strong personal intent. It shares a common heritage with voodoo, both having stemmed from the Yoruba practices of Africa.

Santeria, however, included certain Catholic practices so that its practitioners could continue to practice their faith without arousing the suspicions or offence of Catholic rulers. You’ll find, for example, that Oshun (who is the patron saint of women, and she to whom you apply in matters of love) is often portrayed as Caridad del Cobre (Our Lady of Charity and patroness of Cuba), one of the many faces of Jesus? mother Mary. Out of respect for the faith of my friend, there is not a lot else I can detail regarding what goes on during Santeria rituals, as it is a tenet of the faith to keep it secret unless you are teaching, learning, or practicing. I can tell you, though, that a lot of rum and cigars are sometimes involved, and you don’t get to have much, if any, of either. Darn it all.

What has had the strongest influence over me is not really a religion at all, though it is sometimes labelled as such and made into such by some. Taoism (Daoism), through its simple approach that encourages a direct view and experience of everything around you, has allowed me to remove a lot of unnecessary upset from my life, and to see that all things simply ?are.? Taoism always makes me think of that one line from Hamlet: ?There is nothing good or bad, but thinking makes it so.?

If I told you more specifically about Taoism, I’d be doing you a great disservice. It is a thing that a person must figure out and define for themselves, and can’t be filtered through the eyes of another. The more I explain it to you, the less understanding you’d gain for yourself. I consider it to be a lovely philosophy, full of easily espoused and incorporated maxims and themes that shouldn’t interfere with most any other religious practice anyone would care to be a part of.

I’m sure at some point in my more heated and self-absorbed youth I was dismissive of anything that didn’t fit into my egocentric world view, but over the years I’ve come to realize that there is valuable truth in just about anything. One just has to keep their eyes and mind open, to see outside of the box. By doing so I’ve made some interesting friends, and enriched my own existence in ways that I’d be hard pressed to label specifically. My advice to you, should you feel bold, adventurous, or curious, is attend a religious ceremony of a faith practice that is not your own, or allow a believer to explain their beliefs to you. You never know what you might gain from it. 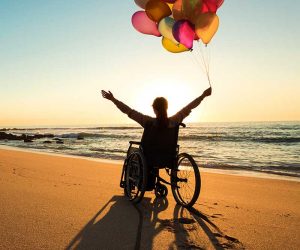 A Credo for Support