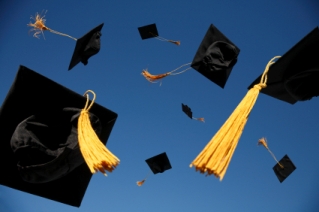 TORONTO (CUP) — If Canada does not develop a national strategy for post-secondary education, we risk falling behind in the globalized knowledge economy.

The Canadian Council on Learning 2007 report on strategies for success in post-secondary education encapsulated their entire report in that singular recommendation.

?There’s no question that not having a national strategy weakens everything about post-secondary education,? reads the report.

Paul Cappon, president of CCL, explained that without a national strategy, students are hampered in their abilities to even understand how their education will affect their move into the workforce after graduation.

?It does detract from learners most of all, but it also detracts from the ability of the country to progress economically and socially.?

According to Cappon, creating a national strategy on post-secondary education would not necessarily mean that each province would have to do the same thing, but that each program in the country would be comparable ? which is not currently the case.

He cited examples of making credits more transferable from one institution to the next and encouraging more institutions to recognize workplace learning that may not have occurred in the classroom.

The process, he said, might not even be as complicated as it seems on the surface. Other countries, like the United States, have already created something similar and provided a model that we can jump from.

Cappon said that one of the first steps to developing the strategy should be to compile a ?data strategy, a national information strategy so that we’re defining things in the same way, in a common way.?

?Obviously, as we report, there’s no doubt the public support for college and university is decreasing as a proportion of the overall cost and the private share of the burden is increasing over time. And we’ve shown what that does to student debt and other issues for students, in general, for the issue of accessibility.?

?Canada needs to examine why this gender gap is widening,? reads the report, also noting that ?many Aboriginal students are still reporting financial, academic and motivational barriers.?

The report also brings up the fact that Canada does not have a strategy in place for e-Learning, which is another access detail. Cappon says there is very little information out there to help students who want to get a good education online.

?If you want the best program online for any particular course of study, how do you want to access it in Canada? You want to access it from any point in the country and have the best quality,? he said. ?You’re going to get the best program from a set of institutions have spent half a million dollars on a course, which have, not just good instructors, but have the best knowledge about the technical requirements. And that happens when resources are pooled across institutions, and across provinces,? Cappon said.

Another concern raised by the report is that fewer and fewer Canadians are getting their PhDs. This may lead to trouble in hiring Canadian-born professors in the future, but could also present problems outside of academia.

?An increasing proportion of jobs in an innovative economy and society require PhDs. And not just for faculty, there are many, many occupations now which require PhDs, or in which PhDs are desirable. PhDs, and graduate degrees in general, do drive innovation and productivity to some extent, so that is important for society,? Cappon said.

But the CCL isn’t the only voice pushing for a national strategy on post-secondary education.

Former Ontario Premier William Davis recently wrote in the College Voice, the newsletter of Ontario colleges, about the need for a national strategy.

?When we created Ontario’s community college system 40 years ago, we did so with the understanding that the economy, and indeed society itself, was entering a new era. Today, we are unmistakably in the grip of another socio-economic shift, this time toward a global knowledge-based economy, and the time has come for us to act,? he wrote.

?Many of our national competitors have already embraced this way of thinking. Australia, the United Kingdom, New Zealand, Switzerland, Germany and the United States have adopted or are developing national goals and criteria to assess the quality of their PSE sectors . . . it is high time we did the same.?

You can read the report from the CCL in its entirety at http://www.ccl-cca.ca/CCL/Reports/PostSecondaryEducation/