Columns
The Voice
The Mindful Bard – Bob Snider, A Maze in Greys

?Those are nearer to reality who can deal with it light-heartedly, because they know it to be inexhaustible.? Golo Mann

My earliest memory of Bob Snider is from a hippie wedding in Bear River in the summer of 1973. The vows had been traded in a meadow on a hill overlooking the river, and the guests had then schlepped back down the hill for the reception, held in a replica of a Dutch windmill, where a bevy of lovely, long-haired girls in shawls, black velvet blazers, flowery skirts, and bare, unshaven legs hovered breathlessly as Bob played his guitar and sang ?Here Comes the Sun.?

In A Maze in Greys he shares a similar, albeit tongue-in-cheek, sentiment: ?Always say the sun is shining even in the pouring rain.?

This reminds me of an anecdote Bob is fond of relaying at his concerts, about some guy who asked him why he never wrote protest songs. Bob’s reply was, ?I don’t have to; everything’s okay.? It’s a statement that understandably draws laughs. It’s also one of the clearest windows you’ll find into Bob’s inner world. 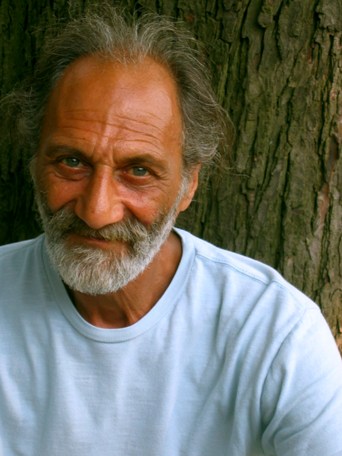 On the Sufi enneagram Bob Snider would be a nine with a four wing, at least if I’m calling it. Or maybe a four with a nine wing . . . Either way, he’s a poet who doesn’t wallow in the deep-seated discontent that makes us poets such drips at parties. But knowing discontent to be a necessary component of every poet’s soul leads to the realization that Bob copes with his discontent by embracing chaos. Christopher Morley said, ?The courage of the poet is to keep ajar the door that leads into madness?; Bob has simply chosen to live more intimately with madness than with discontent.

Are we better off embracing chaos than making up a bunch of rules and enforcing them at the cost of freedom and happiness? (Such a question is especially significant in the wake of government responses to 9/11, but it has always mattered.) Bob would have us think so, albeit he doesn’t claim that it always works:

But I’m not trying to convince you
that I know what I’m doin?.
It’s just a feeling that I’ve got
and it may not be worth pursuin?.
But it got me this far
and I’ve learned to trust it more.

References to cards and other games of chance are peppered through these songs like evidence displays in a courtroom where the nature of existence is on trial. As much as you may find the cards-fall-where-they-may philosophy distasteful (and this CD is full of references to people who do) you’ll be hard put to prove it wrong, at least based on the last century’s track record.

Much of A Maze in Greys is taken up with songs about the vicissitudes of romantic love, which might look like escapism if it didn’t fit so tightly with the embracing of chaos. Fearlessly welcoming love is one way an artist can keep the door to madness ajar. Sure, love sends you to heaven and then spits you out and leaves you for dead, but eventually you pick yourself up, ushering in a period of personal enlightenment during which the wisdom of the universe rushes in and imparts noble truths to your heart which can be set down on paper and later used to buck up not only other fools of love but people in general.

This whole process leaves you feeling elated, transcendent, and, finally, strong enough to love again. Call it pathetic if you like, but the world owes a good portion of its best works of art, both formal and popular, to this whole bizarre process.

The band sounds just like the band Mother Courage would have had, had Mother Courage had a band. they’re a great bunch of players who sound like rascally young prodigies let loose in a music store. (Pay special attention to the barrelhouse pie-anna in ?Rusty Pail Blues,? the call and response between the instruments in ?Plum,? and the rolling and bouncing syncopation in ?Too Many Numbers?.) These guys are deep enough into Bob’s lyrics to build tension and relax it where needed. The toy instrument sound that sometimes emerges is the perfect accompaniment to a singer who retains the slight lisp and exaggerated inflexions of an unselfconscious five year old (he wouldn’t sound inappropriate singing ?How Much is That Doggy in the Window??). Both voice and music belie the depth of the subject matter; this and a generous sense of humour keep it all intellectually interesting but not ponderous.

A Maze in Greys lives up to five of the Mindful Bard’s criteria for stuff well worth listening to: 1) It is authentic, original, and delightful; 2) it mocks existing injustices; 3) it inspires an awareness of the beauty and sanctity of creation; 4) it reveals an attainment of true self; and 5) it provides a needed respite from a sick and cruel world, a respite enabling an enthusiastic return to meaningful endeavour.

The Bard could use some help scouting out new material. If you discover any books, compact disks, or movies which came out in the last twelve months and which you think fit the Bard’s criteria, please drop a line to bard@voicemagazine.org. For a list of criteria, go to http://www.mindfulbard.blogspot.com. If I agree with your recommendation, I’ll thank you online.