A woman in a Toronto parking garage thought she was walking by a doll abandoned in a freezing stairwell?until the bundle started to cry.

The tiny figure turned out to be an eight-month-old baby girl, and police have now released photos showing an adult deliberately leaving the child on the outdoor landing. Security cameras revealed a small green sedan, possibly a Ford Escort, driving straight to the second-storey stairwell door.

After first checking that the stairwell was empty, the unidentified adult returned to the car, removed the baby girl, and abandoned her to the cold.

The youngster lay in the stairwell for two hours while temperatures were below freezing and winds gusted up to 100 kilometres per hour. She was dressed in only a sleeper, socks, and a hat. The woman who spotted her called authorities immediately, and the baby is being cared for at the Hospital for Sick Children.

Luckily, her injuries were minor. As Staff Sgt. Brian Moorcroft told reporters, ?Considering how long she was left and how cold it was, She’s in very good condition.?

Although the girl is now in good hands, police are concerned about her parents? mental state and the safety of any siblings she may have.

Police are canvassing the area around Don Mills and Finch where the baby was found, and hope that the public’s assistance will lead to a break in the case.

China’s worst weather in five decades has battered the country, leaving at least 60 people dead and causing more than $7 billion U.S. in damage.

Transportation systems across the country have ground to a halt, and the Ministry of Railways reports that ?millions have been stranded at stations around the country.? The snowstorms blew across China’s central and eastern regions just in time for January’s Lunar New Year holiday. Train stations, buses, and roads were already overflowing as tens of millions of people headed home to celebrate the holiday.

According to Zhao Chunlei, deputy director of the Regulation Department of the Ministry of Railways, ?Over 5.8 million people are still stranded at train stations.?

Along with the stranded travellers, the harsh weather has affected up to 80 million others. Strains on the power grid have caused power outages, and some areas are running short of essential supplies. The CBC reports that ?huge cities? have been plunged into darkness. In Chenzhou, a city of 1.2 million, some areas have been without power for eight days.

China’s state broadcaster, CCTV, says that Chenzhou’s fuel and rice supplies were dangerously low, and in spite of the treacherous weather conditions, emergency supplies had to be transported from neighbouring districts.

China’s authorities aren’t the only ones keeping a watchful eye on how the weather crisis is handled: with the 2008 Summer Olympics scheduled to take place in Beijing in August, this test of China’s transportation and emergency systems is sure to be under close scrutiny by organizers, athletes, and visitors. 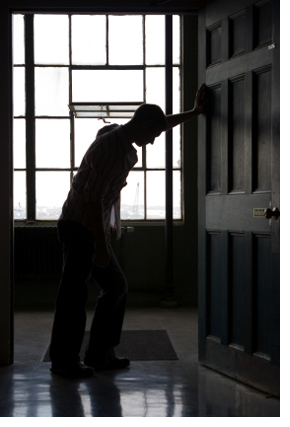 The Day the City Lived