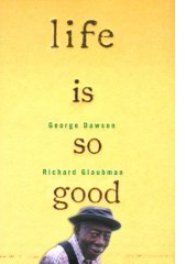 Life is So Good ? George Dawson

This book is all about the title. It’s the autobiography of George Dawson, a man whose life is incredibly hard yet full and happy. Though he certainly has his troubles, he continuously finds a way to see hope through it all, and the stories from his life are so powerful that I was in tears by page three.

Told colloquially, his tale evokes some very serious considerations, some very beautiful imagery, and some very real hope. This book will make you see the history of North America from the point of view of a freed slave’s illiterate grandson, from 1908 to Y2K, and It’s not very long into this book that you can’t help but wonder how you never before noticed that life is so good.

John Gardner has copied just about everything. His huge bibliography includes rewrites of Sherlock Holmes, Socrates, and the entire history of Finland; short stories ranging from Stephen King to Ayn Rand; Goosebumpian ghost stories; and my personal favourite, his retelling of the classic tale of Beowulf. As suggested by the title, this version sees the story from the monster’s perspective, lending a certain defensible and understandable quality to epitomic evil. This is an awesome book that I can’t recommend enough.

Crad Kilodney has been a staple on Toronto street corners for seemingly millennia, handing out a constant stream of some of the finest Canadian literature available today, for pennies a page. With the imagination of a sugar-high 12-year-old and the skilful pen of a tracheotomy expert, Crad shifts the everyday perspective of the world ever so slightly to a demented universe of fishy CEOs and maniac Walden fans that is both childishly entertaining and cleverly relevant.

Put Asimov away, forget about Roddenberry and Serling, dump Orwell and Bradbury out the window?this is what the world will look like very soon. The most convincing thing about this account of the near future is that, unlike the mysterious universe where Babylon 5 exists alongside SeaQuest, Vonnegut presents the future as ugly and stupid and a daily struggle for a reason not to die.

That’s the major failing point of most sci-fi: never will it occur that everyone in the universe wears the same stupid spandex uniform, never will money be eliminated, never will bald Frenchmen rule entire starships. It’s just not feasible. Like a menu photo of a McDonalds’s hamburger, It’s more about the idea of what it should seem like than any kind of realism, and That’s what separates the rest of sci-fi from Vonnegut, who is unafraid to present the world as it very likely will be. Read this book, then go pick up Timequake. You’ll never want to go outside again.

For Whom the Bell Tolls ? Ernest Hemingway

On page one we learn that this white guy goes to Spain to join some revolution and instead he gets drunk with Spaniards and plans to blow up a bridge and then the next 503 pages say the exact same thing. And this is supposed to be his best book? Yeesh.

Vincent Lam is an emergency physician in Toronto and this is his first book, a collection of mostly related short stories focusing around the many hazards and joys of professional medicine. Though Lam insists that his book is fiction, it remains difficult while reading it to imagine these stories as anything other than a collection of professional and personal anecdotes. With the precision you might expect from, say, a physician, Lam weaves intricate plots and believable lives into scenery that vividly resembles Toronto. If I ever end up in the hospital, somebody call this guy.

Though confusing at times?this book takes place in three separate but meshing consciousnesses?the flow of this story is astounding. It’s like trying to escape Leatherface in a house of mirrors: you have no idea which way You’re going, but you can’t slow down to figure it out. This is part Schwarzenegger, part Kafka, and part Timothy Leary, all in an Irish voice from the future.

Sometimes I Wish Raptors Still Existed So I Could Get Disembowelled and Finally Spill My Guts to Someone ? Spencer Butt

This is brilliantly sincere stream-of-consciousness poetry that speaks for itself. A decade ago, Spencer’s wit garnered him the lead vocal spot in Ontario thrash punk band Beware of the Valley, followed by a three-year stint singing for the acclaimed Toronto soca-punk cabaret The Secret Handshake. Since then he’s been busy winning prizes in local and national poetry competitions, hosting a horde of Toronto music and film events, and writing more poetry than old Frannie Bacon. I think Spencer may also secretly be an X-Man, but Cyclops is keeping his lips sealed. If You’re interested in his books, say hello to him here. 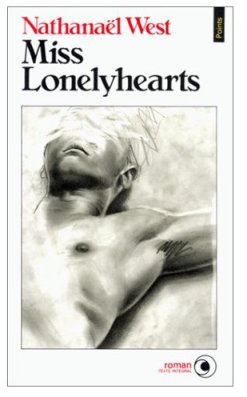 Milk-Crate Bandit – Punched Out by Literacy