?We would institute programs that actually help people lower their debt, repay their debt in the time of basis, and move on with their life,? Fleming said.

The five-point plan outlines the restoration of need-based student grants; the expansion of graduate student scholarships; the reduction of student loan rates by 50 per cent; make student aid more student-friendly; and establish a student aid ombudsperson.

Fleming believes that student loans should not earn the government money, but should help students achieve their academic goals while being able to pay them back in a reasonable amount of time at a reasonable interest rate.

Student loans in B.C. come with an interest rate of prime (usually around six percent) plus 2.5 per cent.

?There are even private credit products that are better than the B.C. student loans,? said Fleming.

The current provincial government, however, has a different take on the financial situation that students face, and they also have a different way of dealing with it.

?The NDP is not seeing the big picture,? continued Coell, ?that the post-secondary system has undergone significant change under this government and there are more opportunities for students than ever before in history.?

With more opportunities come more students in need of loans. Loans which the government may decide to forgive, he noted.

Matthew de Groot, external executive at the Camosun College Student Society (CCSS), said that the NDP’s five-point plan is a good first step in addressing the state of the financial aid system and high tuition costs.

?We would encourage the Liberal government to look into these ideas,? says de Groot. ?We will hear what anybody wants to say about tuition.? 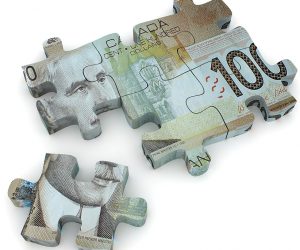