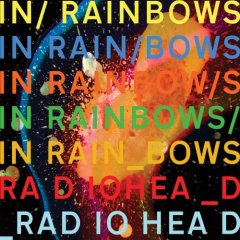 Once upon a time, in ancient days gone by, there was no awesome beast called Internet. It was a pretty cool time full of barbarians and wizards and lots of Manowar. There were books instead of blogs, gramophones instead of MP3s, and duels instead of school bombings. People understood things and talked with each other a lot.

Then one day, rising to Earth from its darkest pit, came the ruiner of planets, Al Gore. By inventing the Internet, Al has single-handedly destroyed the process called human thought.

We used to have all of our friends? phone numbers memorized as kids, but now we have to think to remember our own thanks to speed-dial.

We don’t know what the weather’s like until we check the satellite updated add-on weather bar in our open-source web browsers. We don’t remember information, we Wiki it. Who was in that movie? I’ll tell you as soon as I can log on to imdb.com, baby!

So, now our brains slow down and we start using phrases like ?lol? in daily conversation. We eat McDonalds’s and slowly stop caring about wars and embargoes and livestock disease statistics, and thereby achieve transcendence into that wicked otherworld known as stupidity.

Anyway, I forgot what I was saying so here are some really short reviews.

After listening to this, I painted Thom Yorke’s face on my belly and dove naked off my house screaming ?I <3 THOM!? while listening to Radiohead on my Bob Geldof-sponsored iPod Shuffle and holding a picture of Thom Yorke over my heart. The Mountain Goats ? All Hail West Texas

John Darnielle is responsible for some of the most simple and beautiful songs ever coaxed out of an acoustic guitar. This is what it feels like to drive through the country in summer with the top down and the wind blowing in your hair.

Orchestral Manoeuvres in the Dark ? OMD

Kraftwerk and Foetus had a baby with Negativland watching. Pretty neat stuff if You’re into black and white photography and wearing goggles all the time.

A portrait of Amon Amarth’s entire career: a fingerpainting of a dragon holding a gigantic penis-shaped sword.

Arthur Brown is the god of hellfire, and he beat Kiss, Alice Cooper, Immortal, and King Diamond to the best makeup/headdress ever. Watch.

This is wickedly catchy semi-industrial from a bandaged-up, violin-wielding Toronto composer that must be seen live to be believed. The downside is that most of his fans are into black and white photography and wearing goggles all the time.

Super heavy thrash from one of Toronto’s tuffest bands. If you’ve ever found yourself atop an apartment building, James Ready in hand, screaming ?STAY WILD!? then this album gives you 10 very good reasons to run around smashing stuff.

In a world where the advertisements featured during the Super Bowl have their own MySpace, this album comes as no surprise. You might like this if you haven’t yet found out that Santa Claus was invented by Coca-Cola.

Cat Power has a reputation for writing beautiful, minimal songs and never pulling punches, and though I’m usually one to shun greatest hits albums, this is no exception to her rule. If You’re not familiar with Cat Power and you’ve ever liked a song with a guitar in it, this is a great introduction to a very solid body of work. Think Cat Stevens meets Kathleen Hannah, only with less clapping.