In Pretty World Sam Baker presents us with a grittily beatific vision of the saints and sinners of Texas, which turns out to be a rich microcosm of the world at large. Kudos to the producers and musicians; this CD is a masterpiece. The music is mesmerizing, and so evocative of the wide open prairie that you can almost hear the wind whistling and the tumbleweed bouncing by.

Baker’s lyrics are almost cryptic in their modest handling of weighty subjects. Such simplicity is rare among singer-songwriters; even though economy of language is typical of the best writing, many songwriters can’t resist the urge to become self-indulgently rhapsodic and complex. Baker deliberately guards against such excesses.

The title track is a dawn song, part of a lyrical tradition that stretches at least as far back as the Middle Ages; the poet has spent the night with his beloved and is expressing regret at having to leave her. The modern twist that Baker gives his alba is that within romantic intimacy a whole new world has sprung up, an oasis in a desert of industry. Eros is the heaven we are forced to leave for our daily vale of tears.

In ?Odessa,? Stephen Foster’s ?Hard Times Come Again No More? is a musical backdrop to the tale of a spoiled son of an oil baron. The strong character and intense spirituality of old-time homesteaders is juxtaposed against the modern dilemma of money spouting from the ground with nothing but empty hearts to gather it in; the honest labour of the early settlers is set against a devil’s playground of idleness. Oil is king, the individual is a dry blade of grass on a windswept plain, and ego has banished love. 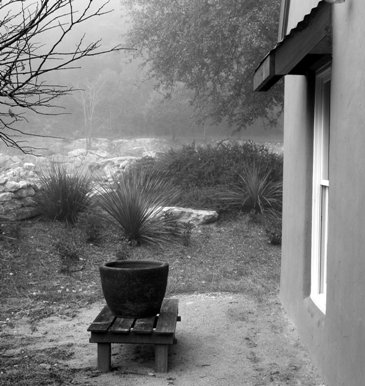 In ?Orphan? we see the effects of love’s banishment; a young girl who, having been rejected by her mother, is unable to live in relationship. These are lives of quiet despair, and in ?Juarez? we see a man who exemplifies Kierkegaard’s dictum that being unconscious of one’s despair in no way nullifies the despair itself.

?Broken Fingers? seems especially poignant once you learn that it was written in memory of the young German boy who befriended Sam on a train in Peru in 1986, a boy who died with his parents and Sam’s friends when a terrorist’s bomb blew up their train car. Sam himself emerged with multiple injuries and a low expectation of survival. After many rounds of surgery his shrapnel-damaged left hand still presents him with challenges (he learned to play guitar left-handed because of it) and is an ongoing reminder of his traumatic closeness to the violent and senseless death of an innocent.

A renewal of American culture will not be possible without careful attention to the thoughts and memories of Sam Baker. Carrying in his body the wounds of a country long at war with the unknown, he is processing his experience with a sweet spirit, shunning rage, bitterness, denial, and the temptation to divorce himself from the past.

Unspeakable damage has been done to victims of terror, yet no redemption lies in assigning blame or lashing out against an unseen target. We would all, including our leaders, do well to listen attentively to such survivors of terrorist acts with a view to building a world in which, as in Sam’s dreamscapes, we are all so lovingly aware and accepting of each other in all our beauty and baseness that violence is unimaginable.

Pretty World lives up to seven of the Mindful Bard’s criteria for music well worth listening to: 1) it is authentic, original, and delightful; 2) it enhances an awareness of the beauty and sanctity of creation; 3) it reveals an attainment of true self; 4) it renews my enthusiasm for positive social action; 5) it makes me want to be a better artist; 6) it displays an engagement with and a compassionate response to suffering; and 7) it provides respite from a sick and cruel world, a respite enabling me to renew myself for a return to mindful endeavour.