Articles
The Voice
Milk-Crate Bandit – The Basics of Music Time 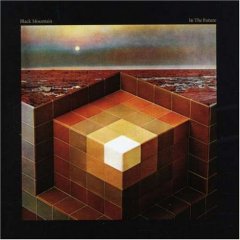 I’d like to start with an apology for the somewhat misleading title of this article, which seems to suggest a lengthy pontification on the practical uses of time signatures. However, since time signatures were invented and patented by Ornette Coleman over a century ago, there is really very little left to be said on the subject and so today I will be tackling the complexities of the musical life span, which I call Music Time?.

For the most part this life span is purely subjective, like how some people still consider John Lydon to be fresh and relevant and yet to most of the world he is approximately 3,000 years old. More recently, bands tend to fizzle out as quickly as they appear, and not going to concerts for three months means missing half a dozen new scenes hatching and dying like little artful June bug colonies.

A good way to stay abreast of new developments in music is to use Music Time, a musical evolution chart that gauges musical shelf life as eras of life on Earth. All that fruity wig-wearing classical crap sits comfortably in the Precambrian period, alongside single-celled organisms and deadly sea scorpions.

Later on we have the jazz and blues era, where life begins emigrating from sea to land, the first freely adapting conquerors. Then of course trundle along the Kim Mitchellsaurus and Eric Claptonodon, ruling alongside other enormous pea-brained monsters like the DiplodoKISS and AC/DC Rex.

Eventually, when the monkeys finally got down out of the trees and started kicking evolutionary butt, people started listening to metal and punk and hardcore and other awesome stuff and That’s when the human race finally came into its own.

Now, some of you out there in InternetLand are probably wondering if we have the technology to impose a forced musical evolution on people in the hopes of bringing them out of the medieval age of Evanescence and Kylie Minogue and barrelling straight into the future of hard-rock music, and the short answer is ?yes.? The long answer is ?yes, read this article.?

Black Mountain ? In the Future

It’s tempting while listening to this record to imagine a bunch of vest-wearing longhairs with tie-dyed posters playing in a San Francisco room full of shag carpet, but this BC five-piece is in the here and now and rocking up a storm. Amazing new music reminiscent of crappy old music doesn’t come along very often, and even though they have to share their initials with ?bowel movement,? BM definitely does not belong in the toilet.

Malefaction ? Where There is Power, There is Always Resistance

If you thought Winnipeg was a frozen, faceless, flatland devoid of entertainment, with about as much to offer new music as a toddler with a ukulele, you’d be mostly right. However, when a band like Malefaction rips grindcore out of the money-filled claws of Relapse and slams it right back into the garage where it came from, It’s worth pointing your ears to this desolate place and listening hard for the sounds of a revolution called G7 Welcoming Committee.

Japan’s Boris makes some of the most intricately intense music ever. This is what it would sound like if Sonic Youth started an Electric Wizard cover band.

The Blatz ? The Shit Split E.P. (with Filth)

With songs like ?Homemade Speed? and the ingenious ?Berkeley Is My Baby? this is ideal music for tearing hubcaps off parked cars and using them as projectiles while getting drunk on battery acid.

Vancouver’s metal scene is absolutely enormous; maybe It’s all the forests and snowy mountains, but something out there just seems to make people play ultra-heavy music. In any case, as some British person once said, ?Ours not to question why, ours but to raise our horns to the sky!? If you’ve found yourself looking for the Canadian equivalent of Bathory, Bethlehem, Borknagar or Burzum, don’t waste another Satan-loving moment not picking up this record.

Dear everyone who isn’t Mastodon: you suck.

This is everything good hardcore should ever be, namely: unbelievably stupid, painfully serious, and severely straight edge. With the opening lines, ?We are straight edge/Go ahead and judge/On our views/We will not budge!? we’ve already established that these Toronto-dwelling fun haters are way beyond reason and good songwriting. This is the perfect soundtrack to ironic fake mosh parties.

Iron Maiden ? A Matter of Life and Death

When I inevitably die of Acute Being a Snobby Jerk, I want to be buried under the Hammersmith Odeon wrapped in an Eddie flag inside a coffin with built-in Sirius radio playing the all-Powerslave channel, and That’s how Maiden should’ve died, too, instead of prancing around in their adult diapers and playing nu-metal. This album reminds me of the first time I saw my grandma wearing a fanny pack.

Mike Patton is either the saviour of modern music or a lunatic with a tape recorder. If You’re like me and it doesn’t matter which end of the sanity spectrum this eccentric composer resides in, then this hour-long trip through Frank Zappa’s worst nightmare will make you giggle and squeal and hop around with delight, but that doesn’t stop it from pretty much just being a bunch of weird noises.

Carve this band’s name into your face. Trust me, you won’t regret it. 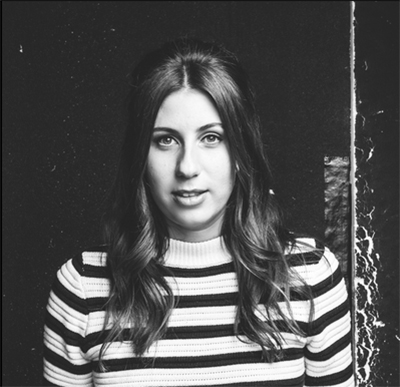