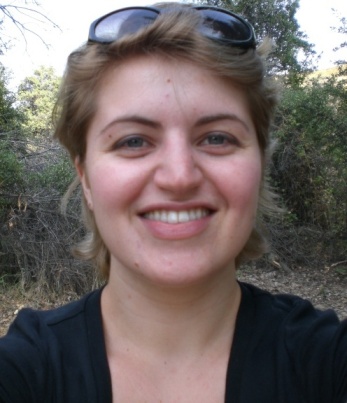 This week, we focus on Kate Slivko, a student taking Athabasca University classes for her medical school prerequisites. Kate, who emigrated to the U.S. from Russia when she was 16, moved to Alberta after college in anticipation of applying to medical school there.

She talks about why she chose AU’s unclassified option rather than a degree program, and explains why applying to medical school is so competitive. She also details how she set up a lab-based special projects course through AU’s chemistry department.

?If someone talked to me . . . 10 years ago and said that in 2008 I’d be in semi-rural Alberta doing toxicology research [and] applying to medical school, [I wouldn’t have believed it]?, Kate says. She attended undergrad at Macalester, a private liberal arts college in Minnesota, initially studying economics. However, she didn’t enjoy it, and she began thinking about other options.

While volunteering at a local community clinic, Kate discovered her interest in medicine. She took some science classes, did very well, and began volunteering at a hospital ?to make sure it was medicine that I really enjoyed, as opposed to just my clinic,? she says. She loved it, and decided to make medical school her post-college goal.

However, since Kate had already completed two years of college, switching to a BSc meant that she would have had to start over from the beginning. ?Graduat[ing] in four years . . . was very important to me, because Macalester was a really expensive school,? she says. ?I had a scholarship, but if I stayed past fourth year, I’d lose the scholarship.?

?I . . . decided . . . to graduate in four years and finish whatever prerequisites I still had left afterwards, somewhere more affordable,? says Kate. AU’s unclassified option?for students who aren’t seeking degrees with AU?was a good fit. ?I already had a degree when I applied, so I wasn’t looking specifically for a bachelor’s program,? she says. ?The application process for the unclassified stream was much simpler and quicker.?

Generally, medical schools require a year each of general chemistry, organic chemistry, biology, and physics. However, since some schools have additional requirements, Kate is taking all possible prerequisites for the many medical schools She’s applying to, just to be sure. She has completed five courses with AU, and is working on her final six.

Kate believes that the biggest challenge of distance learning is the self-motivation required. Having clear goals helps, however. ?I’m pretty good at motivating myself, especially because I have to do this for med school,? she says. ?But I think a lot of people fall into the procrastination trap.?

But AU’s flexibility can also be a definite plus. ?If . . . you get sick, or you have a really stressful week . . . you can just take a week off from studying and not worry,? she says. ?Just make up for it by studying more later when you are in a better situation.? In addition, she creates her own study schedules, which means she can schedule exams around obligations like medical school interviews. She’s also enjoyed the ability to study while travelling back to Russia. ?I didn’t have to worry about missing classes or exams,? Kate says.

Kate is hoping to attend medical school this fall, although the process is very competitive, she says. After applying, one in five applicants makes it to the interview phase. Kate has interviews scheduled at Queen’s University in Kingston and the University of Alberta?which She’s especially excited about, as it is her first pick for medical school.

?The [University of Alberta] has a Sudden Death Investigation program for med student rotations . . . working as a coroner or medical examiner,? Kate says. ?[It’s] one of the reasons why U of A med is my top choice.?

However, the interview is still a major hurdle: ?there are about four people per spot at the interview stage,? she says. That’s why Kate, who calls herself a ?planner,? has a backup plan: if she isn’t accepted into medical school, She’s hoping to obtain a master’s degree instead, preferably in toxicology.

Toxicology, which Kate describes as a ?mixture of chemistry and physiology . . . related to pathology,? is key in determining the cause of unexplained death, as with recently deceased actor Heath Ledger. Kate explains, ?Toxicologists would test for . . . various substances . . . whereas more general forensic pathologists would analyze . . . bullets or heart attacks.?

?I decided I needed science research experience,? Kate says. The previous semester she’d done well in organic and environmental chemistry. ?It dealt a lot with pesticides and their effects on animals,? Kate says. ?I got curious about that, and . . . emailed . . . the chemistry program coordinator about the special project courses.?

Kate was excited to learn that the special project courses could be set up to involve real lab work rather than focusing on literature review. Normally, AU’s chemistry department maintains labs in Edmonton, and local students can use these facilities to carry out the lab work for their special projects. However, Kate, who lives five hours from Edmonton, needed another option.

The coordinator informed her that if she could find a local professor who would agree to work with her and with AU, AU would make the necessary arrangements. ?It’s pretty well orchestrated,? Kate says. She investigated the University of Lethbridge and discovered that their biology department faculty included Dr. Hontela, a professor well-known for research in aquatic toxicology. With Dr. Hontela, she set up a learning contract, which was approved by AU’s chemistry department coordinator. She’ll be graded by the Lethbridge professor, who will be paid an honorarium by AU. And Kate will be able to earn credit for doing lab work, which she loves.

In the future, Kate hopes AU will be able to also set up an agreement with the Natural Sciences and Engineering Research Council (NSERC), an organization that awards students research scholarships for both undergraduate and graduate research. Students apply through their university, which typically has several spaces available for its students. They can then begin or continue research similar to special project research, but earn a scholarship rather than credit.

Kate is thoroughly enjoying her research, although ?It’s a lot of work,? she says. ?And . . . I always have to keep in mind that I’m representing not just myself, but also Athabasca University,? she adds. ?I have to make sure I perform well so other AU students in the future can get a good rep!?