Articles
The Voice
Milk-Crate Bandit – My Fate to Hate 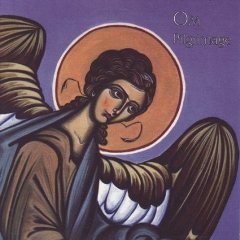 In the future according to Star Trek, we’ll see loads of spandex, holograms, and things made out of dilithium. Michael J. Fox as Marty McFly depicts a world where hoverboards and dating your own mom are accessible commodities.

My dream of days to come is a humbler one that plants its roots firmly in the plentiful manure of information. I imagine a planet full of scholars and Internet review columnists rebuilding the world into a sort of intergalactic floating library, sort of like a cross between Cybertron and Vger.

It’s because of this dream that I write. It isn’t for the riches or the glory?my landlord has stopped accepting defective Hello Kitty placemats as money?but for the sake of generations to come, for those brave Prometheuses plunging headlong into our ashes to find the embers of yesterday and bellow them into the bright flames of tomorrow.

Some people are born to ride horses, or to like eating Brussels sprouts, or to put holes in garage doors with golf clubs, and like Kurt Brecht said, It’s my fate to hate. Thus, in the interest of a magical future full of genius robots that can transform and talk to whales and fly in space, I’ve gone through some of the worst music around and hated it so that our moist, squealing heirs can build the beautiful landscapes of forever.

In the upcoming election I will vote for whichever party’s platform includes making it a capital crime to take an awesome band name and use it to sell bland pop music.

Om is a band in a class of its own, like Perrier and Brut. You can buy tonic water and cologne at the corner store, but the true connoisseur can always tell. In the same way, you can easily pick up a copy of Falling Asleep to Slow Songs or Music for Slowly Hating Your Life at your local Shoppers for a mere fraction of the import price of a snooze-fest like Pilgrimage, but all the cool kids will know the difference.

The Wu has always been at the head of the rap pack and That’s a tough reputation to live up to, even before factoring in the 15 years they’ve been playing and the tragic death of one of their founding members, Ol? Dirty Bastard. 8 Diagrams sounds like a standard rap money-maker and just can’t compare to classic Wu-Tang, no matter how much it broods.

Sigur Rós ? (I can’t spell the album title with this keyboard)

You might as well listen to undersea mammals mating in slow motion. This is what gauze and camera filters listen to when they’re feeling down in the dumps. Imagine the voice of God being played at a distance while your head is in a garbage can and You’re humming ?Irish Eyes Are Smiling? backwards.

All Out War ? For Those Who Were Crucified

Playing somebody else’s music badly is not a good idea for starting a band.

All Out War, if You’re reading this, please apologize to Seasons in the Abyss immediately.

Yes, this is a real album inspired by the winds of the Hudson River. I hate Lou Reed.

The world is full of people that make good money off suckers, and characters like P.T. Barnum, Harry Houdini, and John Edwards are fairly easy to spot. MC Mario is almost as timeless as his art, DJing the same stupid house song for 14 years and tricking millions of ecstasy-frenzied dance machines into paying through their pierced nipples and Snug outerwear to see him. Stop listening to techno.

Every Time I Die ? The Big Dirty

Bands like Every Time I Die, Boys Night Out, Atreyu, and The Birthday Massacre will not stop making music until we can either discover a way to keep money out of the hands of our spoiled and emotionally stunted teens, or ban swoopy haircuts.

I hate this album so much that I didn’t even listen to it.

Okay, I lied, this one doesn’t suck. Actually, I think this is probably the best album of all time. The beautiful synthesizer and drum machine melodies underscore the gentle grace of the choir, making these some remarkably modern and approachable versions of your favourite Christmas hymns.

Fans of the technical aspects of composition will appreciate the subtle bell and sampler play and the great vocal range of the performers. Mannheim Steamroller triumphs once again with another scintillating performance. Way better than Metallica.