Millard Kaufman in Bowl of Cherries

A brilliant scholar is holed up in an Iraqi nuclear facility, expending his awesome brainpower on trying to get music to move objects. By this means he hopes to change the world and win glory for his little self. Eventually he claims to have made a bowl of cherries bounce and dance to his cacophonous symphony. But Judd Breslau knows, alas, that the cherries are full of live worms, jolted, no doubt, by the blaring of trumpets and the oompahing of tubas and the trilling of fipple flutes (I didn’t know either until I looked it up; It’s a recorder).

This story is in part about the hilarious lengths people, especially men, and most especially Westernized men, go to to win fame while ?civilizing? the world. The story is also about how fruitless it all is. At least in appearance, the world dances before their eyes like a bowl of cherries and deludes them into thinking that something has changed, has gotten better even, all due to the elaborate contortions they engage in on their way to wealth and glory.

Judd Breslau is conspicuously apathetic compared to the movers and shakers in his orbit. An early bloomer, a graduate student at Yale at 14, he is self-centred and directionless. A colossus of knowledge, he lacks warmth, compassion, and pretense. It is hard to like this guy at first. But Judd is sensitive and perceptive in spite of himself. This may have something to do with the degree to which he freely accepts his feminine side, manifested in a guiltless delight in sensuality and nature, and in his empathy for bullied women. This is part of what makes him the perfect postmodern hero.

Judd ends up in a fictitious Iraqi province where he is asked to use his extraordinary gifts in the service of mankind. This is a Campbellian hero’s journey, no question, but it digs deeper into the loser dimension of heroism, the aspect of the one who is everything because he is nothing. Judd turns out to be the only one who can get things done; everyone else is too busy being a hero. 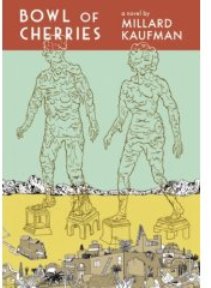 Judd’s psyche is much preoccupied with finding his schmuck of a father, a traumatized Nam vet who, in spite of trying to create scenes of affection, bursts out in spasms of mental abuse toward his son and wife whenever his academic career plans are thwarted. He finally deserts Judd and his mother at the dawn of Judd’s adolescence. In every new place Judd sees his dad everywhere, eagerly accosting strangers only to go numb with embarrassment and disappointment when it turns out not to be pop after all. But he keeps searching, feeling ?shivers of expectation? at the thought of someday winning his father’s approval. Getting past this dad quest with his sense of identity intact is one of the tests in Judd’s hero’s journey.

Another test is protecting the feminine from the masculine. Judd feels the pain of bullied women as if it was his own, and yet his ego naturally protects him from too deep a sympathy. His mother, a kohl-eyed, turquoise-bejewelled sinking ship, submits to her awful fate and loses herself in her work, painstakingly writing poems that only a few people ever read. Her dependence first on Judd’s father and later on her editor are pseudo-solutions to her oppression.

Valerie, Judd’s inamorata, lacks dimension as a person in her own right, but then she is highly symbolic. She is Judd’s Tinkerbell, his Tank Girl, his phallic female. She is Judd himself; that is, the avatar of his feminine side. He will never tire of her.

Kaufman resembles Vonnegut in the kind of cartoon world he creates in which violence is both commonplace and frolicking, never really registering on the psyches of the characters, none of whom are scarred by horrific and unexpected events. (It’s just like Star Trek; in real life these people would all be catatonic by the third brush with death.)

Everyone but Judd seems terribly concerned about the state of the world and is grimacingly determined to do something about it. Each is certain that his own pipe dream will save humanity from war and hunger. And yet most of the characters in this story exhibit distancing of affect, a psychological phenomenon in which inappropriately trite, cheerful, or vapid responses are given in response to occurrences guaranteed to be psychologically damaging to the normal brain. Kaufman himself, like Vonnegut, displays this trait in his writing. It is less a personal voice than a symptom of our present world’s disconnect with reality.

It is significant that Judd is very young and very well-read. This hero needs to be grounded in Western literature in order to escape the pointless spinning of many young people today who know nothing of the colossal errors of the past and so are destined to repeat them. Bowl of Cherries is the rallying cry of a wise new generation, and It’s just peachy that it comes from a nonagenarian.

Bowl of Cherries lives up to six of the Mindful Bard’s criteria for books well worth reading: 1) It is authentic, original, and delightful; 2) it confronts and mocks existing injustices; 3) it makes me want to be a better artist; 4) it inspires an awareness of the sanctity of creation; 5) it tells of an attainment of the true self; and 6) it harmoniously unites art with social action, saving me from both the ivory tower and slavery to someone else’s political agenda.

From Where I Sit – Small Treats