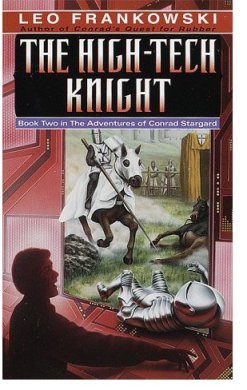 Around this time of year, it always seems like winter’s gone on too long. The groundhog has done his job, It’s nearly St. Patrick’s Day, and we’re all pretty sick of Saint Freezing Rain and Old Man Road Slush.

One thing that always makes cold weather more bearable is a slew of gifts, and I still wake up early on Christmas morning with a glint in my eye like a cartoon weasel seeing a big pile of money. Even though I can’t seem to get anything but jam and socks, I’m a simple man who enjoys toast and warm feet, so this keeps me happy.

Since presents always work for me and the cold doesn’t seem to be ending, I’ve decided to have Christmas: Round Two featuring gifts to you, the reader. Here are some not-so-promising books, movies, and albums that you’d very likely pass right by on most occasions, but which are true gems worth digging for. Remember, It’s rude not to open the cards on them first.

This is a book about a 20th century Polish Communist accidentally intersecting with futuristic time travel technology and being sent to 13th century Poland by mistake with a vast sum of money and a genetically engineered horse that understands words and goes to church. Sounds terrible, right? Wrong. This story is very imaginative, engrossing, and funny. There is serious and interesting discourse about politics and economics, and the author uses characters? biographies and diaries to give dimension to anecdotes and evidence throughout the tale. Definitely worth 50 cents at any reputable Value Village.

You have a ball. You push the ball. It picks things up. That is the whole game and I would rather play it than breathe.

This film is about a down-on-his-luck trucker running hogs across the galaxy for a branch of the insidious Company called InterPork and headed by George Wendt, who wears his InterPork brand hat through the entirety of his parts, including the scene where he gets sucked tush-first through a tiny hole into the vacuum of space.

The set looks like it fell out of an episode of Animaniacs: they have lighters and explosives that work in deep space (fire without oxygen is so cool), a microwave that can kill an evil robot without even being plugged in or whole, and Dennis Hopper saying zany things like:

?Put the pedal to the metal and play footsies with fate!?
?Some piece of garbage wrapped in human skin is trying to jack my load!?
?Look, if You’re gonna chop off my (expletive) then do it and I’ll change my name to Terry or Lee or something neutral.?

If the future has any chance of looking like this movie instead of the grim wastelands predicted by Greenpeace, PETA, and David Suzuki fans in general, there’s hope for us yet.

I realize that ultra-heavy death metal is not necessarily everyone’s cup of tea, but when I listen to this it feels like eating marshmallows soaked in hot chocolate. This is an amazingly talented band you’ve probably never heard of and likely never will again, so take this chance to listen.

When mysterious murders start occurring around the New York harbour, a team of police frogmen are called in to investigate?only to find the world’s largest carnivorous mutant octopus! I watched the scene of the octopus tearing down the Statue of Liberty about a hundred times in a row, and I’m sorry but I couldn’t find a link to it anywhere. However, you deserve to see it, so go rent this movie! 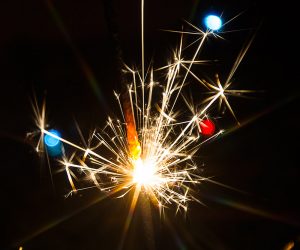