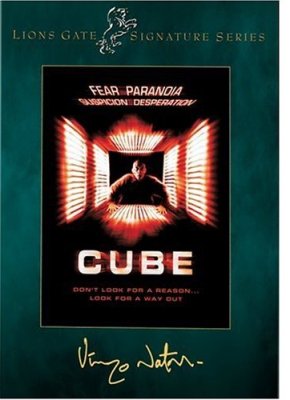 In a lot of ways, the mainstream is representative of human evolution. It is never the same from year to year, is dependent on popular opinion, and involves a lot of skulls (I hate Avril Lavigne more than mere language can describe.)

I equate Faith No More’s constant radio play with the human ear developing opposable thumbs, and Ian MacKaye’s attempt to gain age equality at licensed shows by drawing X’s on his hands becoming a world-famous cult phenomenon with the higher brain power granted humankind through the consumption of meat. (Watch the BBC series Walking with Cavemen and the documentary American Hardcore if You’re confused here.)

Essentially, mainstream media is divided, like all parts of business, into two camps: those who try to make money, and the right-place-right-timers. It’s a stock market of human interest, and for my money, here are the winners and losers.

10,000 BC is an epic action movie about some mammoth hunters who steal a lot of Aboriginal North American culture. Hey, Hollywood, cavemen are not Indians.

Cube is an epic action movie following six people who wake up in a series of randomly rearranging cubic rooms, some of which are death traps, as they try to find their way out, and if I say anything else I’ll ruin it. So interesting you want to wet yourself, and It’s 100 per cent Canadian.

The Darjeeling Limited vs. Be Kind Rewind

The Darjeeling Limited is a Wes Anderson movie, and That’s the best thing you can say about it. All the facial expressions and wacky interpersonal moments are arranged to create the impression that You’re watching The Life Aquatic or The Royal Tenenbaums, but there’s absolutely nothing of merit going on, unlike those movies. Bo. Ring.

Be Kind Rewind defines vicarious childhood. Brilliant and understated special effects are always welcome from Michel Gondry (if you haven’t seen The Science of Sleep then you haven’t lived), who can just as easily make you bawl with laughter as tears.

Sweeney Todd vs. The Green Butchers

Sweeney Todd’s theme of the down-on-his-luck man who turns murder into meat sales is certainly not a new one (see the original Sweeney Todd, the other Sweeney Todd, The Green Butchers, The Mad Butcher, Bloodthirsty Butchers); cannibalism is just good entertainment. Too bad Johnny Depp and Helena Bonham Carter can’t sing.

The Green Butchers brings a human element to the telling of this tale, through a fresh take on the details and simple sets that draw intense focus to the actors. While the Norse can’t seem to avoid stoic slapstick?read Ibsen or watch The Five Obstructions?the bare production helps to accent the true horror of it all.

Children of Men vs. Dark City

Children of Men is a great idea; a movie about a future where people are all sterile and life itself becomes a precious commodity. Unfortunately, the same jerk that brought you Harry Potter and Paris, Je T?aime still doesn’t think you deserve good cinema and will keep pumping ultra-edited, star-studded garbage down your throat until you pay him to buy another Jaguar and stop writing for a while.

Dark City is a great idea; a movie about a city-sized space prison camp holding and studying an entire city’s worth of people. Jennifer Connelly and Kiefer Sutherland deliver performances that Requiem for a Dream and 24 never even hinted at, and the set designer did an excellent job of living up to the film’s title. Hard effing core.

Snakes on a Plane was over-budgeted, plain and simple. Everyone knows that stupid, tagline-dependent creature features should always be made on $100 and two pots of coffee, not limitless credit accounts and Samuel L. Jackson’s flaring nostrils. Try again when You’re broke, guys.

C.H.U.D. (which is, of course, short for Cannibalistic Humanoid Underground Dwellers) is a not-so-far-reaching prediction of times to come, featuring fallout-ridden monsters that feed on the destitute and downtrodden masses that major cities (namely New York) have to offer. If you thought Jeff Goldblum ruled in The Fly and Jurassic Park, then watch this movie with your socks off so they don’t get knocked that way. 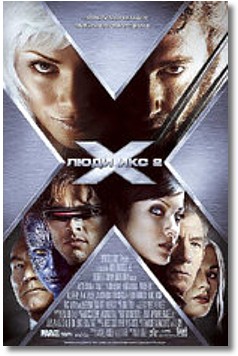