There’s a cultural dichotomy coming, arguably the first of its kind. It is unforeseen but quickly emerging, a direct result of the wars in Iraq and Afghanistan. It is the clash of pseudo-perfection and reality, and it is a change that will profoundly affect us all.

As any sitcom, movie, commercial, or print ad will prove, we live in a perfect world. Movie stars are as gorgeous and glamorous as they’ve always been, but now even ordinary folks are beautiful too. Suave, handsome men drive sports cars or chase criminals; stay-at-home sitcom moms look fit enough to lead an aerobics marathon, and their career-oriented counterparts have time for perfect wardrobes, hair, and teeth even as they save lives in the ER or fight landmark legal cases.

Films and television have always shown an impossible fantasy world, but this obsession with perfection now spills over into every aspect of modern culture. Take the popularity of makeover shows: there are glamorous makeovers for houses, cars, families, and even pets, often accomplished in a simplistic half-hour recap and ending with an ahh-inducing reveal of the fabulously improved subject. Sprinkled throughout these orgies of enhancement, a never-ending stream of models urges us to buy the tooth whiteners, moisturizers, hair conditioners, and diet pills that will ensure our blissful glide into flawlessness. We are perfect, and if not, well, that can always be arranged.

Into this profusion of perfection, enter the new generation of veterans. These are the young men and women who, not so long ago, were probably watching those very same shows; whose biggest concerns may have been jobs, dating, money, and, like any young person, their appearance.

For many, that appearance has been irrevocably altered. Limbs are missing; faces have been scarred by explosives; nerve and muscle damage causes bodies to shake. Flag-draped coffins make the news, but hospitals and rehab centres are the silent holding ground for the thousands of young men and women who will slowly begin making their way back into mainstream life.

From the very first large-scale battles, veterans have returned in vast numbers, visibly changed by the wars they’ve seen. To loved ones, the outward scars of these veterans won’t?and shouldn’t?make a difference. Nor should they to any of us.

But we live in a society where appearance does matter, to an extent that perhaps no other culture has seen. Thousands of images of physical perfection bombard us daily; people can design and re-design images of themselves in virtual worlds. It is ridiculous, it is unsustainable, but still it is there, shaping our perceptions?and treatment?of those who don’t match this impossible standard.

Besides the political consequences of the war, this cultural effect will be a watershed in our society. For those too young to have lived through the homecomings of other wars, it is the first time that many of them will confront certain realities. Not the pseudo-reality of makeover shows or Survivor, but the real, up-close understanding of ability versus perception, of prejudices and assumptions.

In the next few years, thousands of disabled young veterans will be rejoining the workforce, getting married, and raising children. Their journey won’t be easy, and society’s obsessive focus on physical perfection won’t make it any easier. For their sake, and ours, It’s about time to forget this distorted notion of style and get back to some substance.

The Good Life – Not Perfect 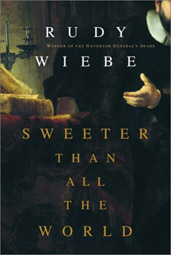