There’s been a lot of speculation lately about how the U.S. mortgage crisis will affect the Canadian economy, but at least one politician believes we’ve got a homegrown recession of our own.

According to John Tory, leader of the Progressive Conservatives, Ontario is already in a recession and the province’s economic woes are having a negative influence on national growth.

Tory acknowledges that the economy in places like Alberta and Saskatchewan may be booming, but fast action is needed to halt Ontario’s ?deteriorating? economic outlook.

As the CBC reports, Tory says that one way for Ontario to cut spending is to eliminate civil servants who do little productive work and sit around ?breathing each other’s exhaust.?

In a speech to a Toronto business audience, he focused on the ?bloated? civil service as a key problem area, suggesting that private-sector companies wouldn’t be in business long if they operated the way the Ontario government does.

News of the manufacturing sector’s downturn has been widespread, and there is speculation that the growth rate in Ontario’s employment numbers ?has been largely supported by the public sector.? As Tory pointed out in his speech, ?there are more than 20 vacancies for policy analyst jobs in the province.?

?These kinds of jobs are people who are breathing each other’s exhaust and sitting around, analyzing each other’s papers,? Tory said. ?There hasn’t been enough attention paid to looking at whether those people are really making a productive contribution to the effective delivery of public services in Ontario.?

But a chief economist at TD Bank, Don Drummond, isn’t quite ready to pin the recession label on the province, pointing out that provincial numbers are only released on an annual basis.

Whether or not Ontario’s civil service numbers are responsible for an economic downturn remains to be seen, but most of us don’t need to look far to find examples of the kind of bureaucratic bungling and wastefulness that Tory refers to. Recession or no recession, any action that would result in the more efficient use of taxpayers? money would likely be welcomed by all Ontarians.

In Foreign News: Baghdad under curfew in crackdown on militia

Yet another round of fierce fighting has broken out in Iraq, and on March 27 the Iraqi government imposed a curfew in Baghdad, ordering vehicles and pedestrians off the streets for at least three days.

The latest clashes are the result of a crackdown on militias by the Iraqi government. Security forces and the militias have been fighting in the southern Shia heartland, and the U.S.-protected Green Zone continues to be the target of rocket attacks.

According to a CBC article, a U.S. citizen was killed inside the Green Zone on March 27, and the State Department has ordered ?all personnel at the U.S. Embassy in Baghdad not to leave reinforced structures.? This is the second death of a U.S. citizen inside the protected area in the same week; a contractor was killed by a mortar and rocket attack on March 24.

President George W. Bush praised the Iraqi prime minister’s crackdown on the militia groups. He said the offensive will solidify the gains made by the recent U.S. surge and that it ?demonstrates to the Iraqi people that their government is protecting them. Prime Minister Nouri al-Maliki’s bold decision, and it was a bold decision to go after illegal groups in Basra, shows his leadership and his commitment to enforce the law in an even-handed manner,? Bush told a group of invited guests in Dayton, Ohio.

With international and domestic support for the U.S.-led war fading, Bush emphasized that Iraqi security forces were in charge of the crackdown, although the Pentagon has admitted that ?U.S. forces are providing air support.?

As in most conflicts though, the silent battles are the ones behind the scenes: as the fighting raged, the BBC reported that many civilians in the area say they are running out of essential supplies like food and water. 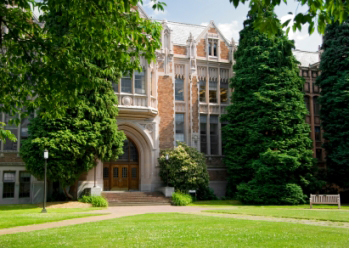