This week, we meet returning AUSU councillor Barb Rielly, hailing from central Ontario, near Lake Ontario. Barb, whose children are grown, explains why she decided to return to school. She also speaks about the importance of balance in her life, and advises other students to ?keep perspective.? ?Know your limits!? she says.

Barb is halfway through AU’s Bachelor of Arts four-year program, with a double major in anthropology and psychology.

?Cultural anthropology is my first love,? she says, and initially she’d planned it to be her sole major. However, as she found herself filling up her electives with psychology classes, she realized that ?at that point, a double major seemed appropriate,? she says.

Moreover, Barb discovered a relation between the two subjects. They are ?not . . . so far apart as it might seem,? she says. ?They are different aspects of being human.?

Pointing out that cross-cultural psychology has become a ?growing field,? she notes that people of different cultures will not necessarily respond in the same way to the same situation. ?We have a lot to learn about how others see things, and how they act and react in their world and ours,? she says.

Barb is a big fan of studying by distance. ?I love doing school this way,? she says. ?I love not having to drive anywhere or find parking in a hurry because I have a class.?

There’s another advantage: ?I never miss a class,? she says. She’s even considering further distance education after graduation. ?I like where I am, so if I can pursue further education without too much disruption I shall,? Barb says, ?but that is a long way off . . . I’d like to survive my B.A. first!?

Barb enjoys reading, and course-related books are no exception. ?I get excited when the books arrive,? she says. ?I haunt the post office until they come!?

In the future, however, she would also like to see more lectures offered with courses?delivered on tape or DVD. In the meantime, ?courses with video [lectures] are great,? she says.

Barb’s decision to return to school came as her children grew older. ?I didn’t get to go to university out of high school, and ended up married with kids,? she says. ?At one point I realized that they really didn’t need me so much anymore, and that I needed to be more than just Mum.?

After seeing a television ad for AU, she went to the school’s website and filled out an application. Then ?I sat there like a deer in the headlights,? Barb says. ?I couldn’t press send. I was scared to death, afraid of finding out that I really couldn’t do it.?

She instead had her husband push the ?send? button, and her fears soon became history. ?There’s nothing like an A+ to give the old ego a boost,? Barb laughs.

Barb studies part-time, leaving the rest of her time for family, AUSU Student Council duties, and what she refers to as her ?part-time job?: ?counsellor, mom, wife, gardener, and dog owner.?

Key to maintaining her sanity is preserving a sense of balance: ?I need to be Barb, not just Barb the mom, Barb the student,? she says. ?So I keep some time off-limits to school.?

One of her main priorities is family. ?When the kids still lived at home I did school work when they were at school?that left family time untouched,? Barb says. Now, she studies while her husband, who works from home, is busy. ?That leaves couple time alone,? she notes.

Another large part of her life is gardening. ?My garden . . . is my joy,? says Barb, who grows both flowers and vegetables. ?Come planting season, all else can wait!?

While Barb calls herself a ?serious gardener???every available surface in my house is covered with flats of plants!??she also finds it a source of relaxation. ?There is nothing more therapeutic than ripping out weeds!? she says.

In addition to gardening, Barb also enjoys spending time outdoors. ?I have my dogs and our walks to really make the world go away for a bit,? she says, ?and in the summer there is the lake.?

?I am [also] very active on council,? adds Barb, who was recently re-elected to the AUSU Student Council for her second term.

For the past year, she has headed the council’s Awards Committee?the committee that oversees academic awards, student service awards, and financial need, emergency, travel, and computer bursaries.

Barb is looking forward to serving on council again.

?We had a great group of people [last year] so it was a good experience all around,? she says. 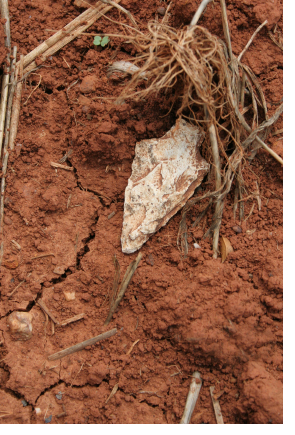 From the Field – AU Student Digs In to Anthropology Degree