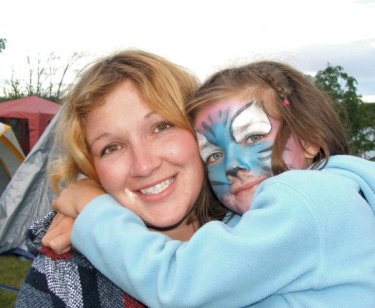 Small-town living is full of opportunities, but universities are harder to come by away from major centres. This week we meet a student who chose to move to a small town, but still was able to pursue her dream of obtaining a degree thanks to distance learning.

Heather Fraser, who is enroled in AU’s Bachelor of Science in Computing and Information Systems program, also manages to fit volunteer work and numerous activities into her life?and loves every minute of it. She describes how she keeps on track class-wise, and explains why her technological knowledge has made her keen to advocate for children’s Internet safety.

Three years ago, Heather and her two daughters, now aged eight and 10, made a job-related move from Winnipeg to Kenora?a small town in western Ontario, two hours from the Manitoba border.

The downside: moving meant that Heather had to turn down her acceptance at the University of Manitoba. ?When I found out about AU I was really excited?I didn’t have to give up my dream of getting a degree just because I chose to move to Kenora,? she says.

She’s not the only local attending AU: ?I know of three people in my little town that have started courses at AU because now they know about it,? says Heather. ?Small-town people don’t have a lot of options; university is either moving away, or sometime in the distant future.?

In addition to working as a full-time network administrator for the Ontario government, she takes three courses at once, and still finds time to pursue volunteer and community activities. Her days are full. ?I work days, [and] drive my daughters around in the evening?they are involved in one to two sports an evening plus weekends,? she says. ?I study full-time at night.? In addition to the girls? activities, Heather volunteers both at work and in the community.

?I team manage a hockey team, run [a] baseball website . . . I’m the social convener for the Kenora Swimming Sharks, I’m training to be a baseball umpire this year, and am the atom convener for baseball as well.? She’s also a cadet officer for the Navy League Cadets, an organization in which her daughters are involved.

Heather also spends a great deal of time outdoors, particularly camping??almost every weekend in the summer and for about a two- to three-week stretch in August,? she says. In fact, She’s arranged her classes around this pastime: this summer She’s taking a break from computer courses, and is enroling in history and literature classes instead. ?I wanted courses that could come camping and to the beach,? she explains.

Running for student council was clearly a natural choice for Heather, who was also a student council member at college in Winnipeg. ?I miss that part of school,? she says. ?When I saw the notice on the AUSU website about student council, I was totally excited and threw my hat in . . . right away.?

Finding time to study in the midst of all the activity can be difficult. ?Most evenings we don’t get home from judo or figure skating or hockey or cadets or baseball or soccer or art club or cheerleading . . . until eight,? she says. ?I mostly try to do my coursework between 10 p.m. and 2 a.m., once [my daughters] go to bed, or Sunday afternoons or evenings.?

How does she manage school, work, camping, cadets, council, and her kids? activities?

?I schedule,? Heather says. Before starting a course, she lays out her study schedule?and sets it in stone. ?I . . . book my exams before the course start date to keep myself in line,? she says. ?It would be so easy to sit around in the evening playing video games with the kids and pretend that I don’t have something else to do.?

Accountability is another source of motivation. ?People ask me what I’m taking . . . then when I see them a week later, they’ll ask me again how my course is going,? Heather says. ?It’s just an extra little bit of motivation to keep myself on track.?

Including the credits she was able to transfer from her college diploma, Heather is in her second year, and plans to graduate in April 2011. She is considering law school as a postgraduate degree.

?I’m interested in the technology/children’s safety side of advocacy,? she says. ?I see what my daughters are exposed to because I have the technical ability and software to do it. Most parents have no idea what their kids are doing online . . . and that is really scary!? Her biggest piece of advice: ?Put the computer in the living room,? she says. ?Never ever a bedroom.?

?Also,? she adds, ?with software like Net Nanny, and with firewalls, you have the potential to block any website or term that you can think of.?

At the same time, She’s also considering an M.Sc. in Computers and Information Sciences, a B.Sc. in Education, or a B.A. in History. 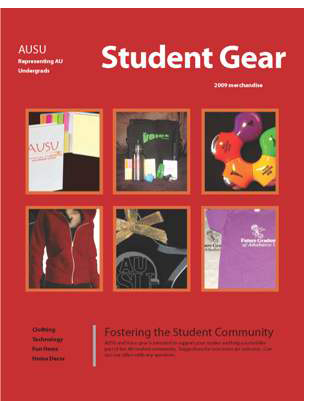