Columns
The Voice
From Where I Sit – To Watch or Not

I know many successful people who have taken the ?no media? vow. For their mental health and well-being they have voluntarily decided to stop reading newspapers and watching the news.

The proliferation of bad news played and replayed and described in graphic detail has a damaging effect on mood, feelings of security, and comfort levels. It also reinforces a feeling of helplessness. (What can any of us do about crime, homelessness, or natural disasters? Probably not much globally, but surely, something locally or personally.)

Or is this a handy cop-out for explaining a lack of awareness or involvement? It’s like little kids who close their eyes and believe everything ?out there? has disappeared.

My own past efforts to go cold turkey have been short-lived. Maybe I really don’t believe the rationale. I love reading two daily newspapers and I’m a devoted CTV news watcher.

However, two disturbing stories this past week have me reconsidering my stance. The regular, run-of-the-mill stories about stabbings, drive-by shootings, head-on collisions, etcetera are easy to rationalize, if not understand. There’s usually a measure of shared responsibility. Carry a knife?be a victim of a knife. Get in a fight, die in a fight. Or kill someone in a fight.

I’m safe because I don’t belong to gangs, engage in drug deals, go to nightclubs, ride the LRT, drive recklessly after drinking and without a seat belt, engage in road rage or jaywalk at 3 a.m. I don’t live in a high-crime area. I don’t engage in promiscuous behaviour. I never did allow my kids to run wild or stay out ?til all hours with kids I didn’t approve of.

My comfort level was shaken, though, when news of a random, unprovoked, fatal, middle-of-the-day stabbing of a senior first broke. Current information confirms that the 77-year-old man was a true victim. It just as easily could have been me or someone I care about. This is in-your-face scary reality and has visibly shaken the community.

Of course, millions of people are able to go about their daily life, have an anniversary meal with their spouse without being knifed to death. It’s an odds thing and the only comfort in this story. It doesn’t, however, make it any less tragic or disturbing.

We’ve seen the tearful news conference a mother gave about the drive-by shooting on a reserve south of Edmonton. She worries about the long-term effects on both her youngsters?the toddler with a bullet lodged between her liver and spine, and her older child who witnessed the trauma. In a civilized world, home is a refuge. A stray gang bullet should not be ripping into our homes or lives.

I pray both these families find comfort in the outrage being felt and the outpouring of support. As difficult as this is to watch and comprehend I’m not willing to hide my head in the sand. Reading the paper and watching the news will continue, from where I sit. 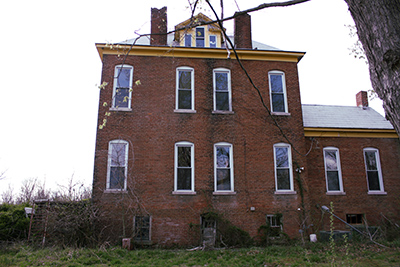