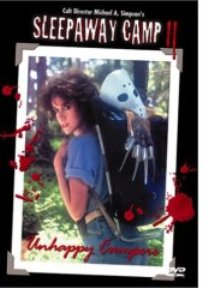 Chances are pretty good you’ve never seen any of these films, but not because they’re terrible; I mean, they are terrible, but That’s not why you haven’t seen them.

In fact plenty of wretchedly unwatchable movies are awesome if you give them a chance, but because certain subjects are still considered too dark for mainline moviegoers, lots of incredible films remain buried in obscurity.

B horror has a reputation for gratuity and a lack of intelligence, and in my experience the genre offers up some of the best thoughtless indulgences to be had.

The truth is that, like rotten children, bad movies are just misunderstood and with a little bit of time and attention both can be enjoyed thoroughly until they put peanut-butter-and-jelly sandwiches into your VCR.

This 1926 black and white masterpiece was the inspiration for Bob Kane’s original Batman comics. It tells the story of a masked criminal haunting an old house and its guests, and though it tries hard to be terrifying, falls just short of insanely funny.

You know those fake plastic teeth people wear to look like hillbillies? Yeah, the bad guy has teeth like that. This film ranks alongside all those Abbot and Costello horror mock-ups, and was in a sense the predecessor to the whole horror-comedy genre.

No zombies, just brain-transplanted cannibals and a mad scientist. Oh yeah, It’s Italian so there are a thousand and one needless scenes of busty women getting changed into nightgowns and everyone is visibly speaking in English but for some reason still have their voices dubbed over.

Reminiscent of The Cabinet of Dr. Caligari, this cult classic is about an escaped murderer who apprentices with a mad scientist, kills him, and adopts his identity to avoid suspicion and further his schemes, which are left relatively unexplored through the movie.

There are some great fights with unfortunate animals visibly tied together and pretty much no cohesive story, and the main character is played by the movie’s makeup artist. This is supposedly based on an Edgar Allen Poe tale, but I still can’t figure out which one.

Not many people honestly want to know what was going in Jeffrey Dahmer’s head when he raped and murdered numerous young men, but this stark telling dramatically illustrates just how an insecure maladjust becomes a household synonym for evil. It seems so simple in hindsight to point out that a little gratuitous release of tension and a sense of community very likely would have ceased the whole affair before it began, and this very human portrayal of a truly monstrous person leaves you with an odd mixture of empathy and fear for the everyman.

Ravenous is the mostly true account of colonial cannibals in the United States. With bang-up performances from Robert Carlyle (Trainspotting, 28 Weeks Later), David Arquette (Scream, Eight-Legged Freaks) and Jeffrey Jones (The Hunt for Red October, Beetlejuice, Howard the Duck) Ravenous is, to my knowledge, only the second movie to tackle this subject, the other being the remarkably hilarious Cannibal: The Musical by Trey Parker and Matt Stone.

Schlock horror like the original Sleepaway Camp is only made worthwhile by the central elements of a movie like that; nobody knows who the killer is, there’s a shock ending, and lots of National Lampoon-esque moments that make you feel like You’re changing channels between movies. Part two has none of these, but makes up for it with overwhelmingly stupid death scenes: a girl gets forced into a latrine and drowned, another sits complacently while getting a hand-held drill to the face, and a third camper gets his throat cut by a toy Freddy Krueger glove. Hey, if dumb wasn’t funny, they never would have made a second Harold and Kumar flick.

As though making a film about Africans and South Americans performing Americanized and scripted traditions and then calling it something so horribly demeaning as Brutes and Savages weren’t awful enough, this movie actually has a scene where a tribesman battles an alligator but the alligator is really?I’m not kidding here?an inflatable pool toy and the tribesman couldn’t even be bothered to be in the scene. This is a case of laughing at, not with.

Dario Argento (Suspiria, Opera, Inferno) has basically just stopped trying. There’s no reason given for the wild ?demons? (read: angry Italians) running around eating and maiming people, nor for the various scenes where people attack inanimate objects with potted plants. Chock full of hilarious one-liners and lowbrow special effects, this was pretty much on par with Demons. 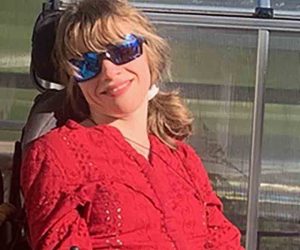