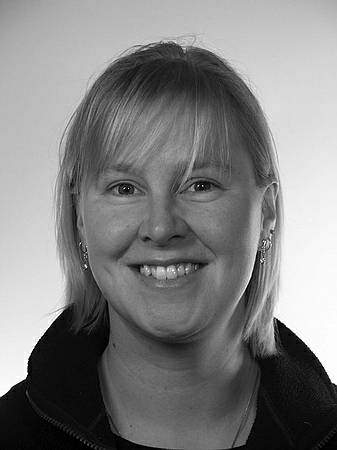 Athabasca students are scattered all over the world! Canadian-born Carmen Boudreau-Kiviaho, a Master of Arts?Integrated Studies (MAIS) student at AU, has lived in Finland for nearly the past 10 years. She explains why she chose to relocate to Finland, and how the MAIS, particularly in Canadian Studies, will give her an edge in the Finnish job market. She also tells why distance education is worth the extra effort.

Carmen fell in love with Finland during a post-graduation trip she took to celebrate finishing her second bachelor’s degree. ?I thought I deserved a fun vacation after being in school for six years!? she says.

After spending a few months traveling and visiting friends and family, she decided to make the country her home. ?I really like it here, I feel like I really fit in,? she says. Now she has even more ties to the country: she married a Finn in 2006, and their daughter, Olivia, was born last year.

Carmen lives in Espoo (pronounced ?Es-poh?), a city of 230,000 sitting adjacent to Helsinki. ?It is very international and is growing a lot,? she says. For example, Espoo is ?home to cellphone company Nokia,? she adds. She likens the landscape to northern Ontario?in other words, rugged but beautiful.

Although she finds the weather comparable to Ontario’s, Carmen notes that the Baltic Sea has a moderating influence on the winters. This means a lot of rain along the coast in the winter, and far less snow than one might expect.

?Last winter we managed to ski in Espoo four times . . . That’s it!? she says. In addition to skiing (weather permitting), Carmen enjoys hiking in a nearby national park. She’s also taken the opportunity to travel to other Nordic countries?including Denmark, Norway, and Sweden?as well as some further trips. ?We did the Trans-Siberian railway from Beijing to Helsinki,? Carmen says. ?What a fantastic trip!?

Carmen began looking into further education after deciding that she wanted something more exciting in the job arena. ?I am 35 and . . . am a technical writer at a computer software company,? Carmen says. ?It’s not something I want to do for the rest of my life.? Because she felt that having a master’s degree would make her ?more employable? in Finland, she began investigating programs.

Local schools were inaccessible. Although Finland is slowly changing, advanced degrees there are usually viewed as a continuation of prior degrees. This was a problem for Carmen, whose interests lay outside her previous bachelor’s degrees in outdoor recreation/tourism and physical education.

?I would be forced to continue along the stream I started studying in . . . there is not a lot of room to move,? she says. ?With the MAIS program, I can expand my academic background.? With a MAIS under her belt, she adds, ?I have more of a chance of doing a Ph.D. in Finland.?

Carmen, who started the program in January 2007, hopes to major in Global Change and Canadian Studies?the latter being ?a program still under development,? she says.

?Finland and Canada have lots of ties, but they’re not highlighted or worked on diligently,? Carmen points out. She feels there could be a lot more networking among those who work with Canadians. ?I think [Canadian Studies] would make me a real minority in Finland, and maybe even more employable,? she says.

Global Change, which she feels is a ?timely subject area,? focuses on more than environmental changes, although those are examined. For example, Carmen says, ?One course in the MAIS program deals with the dominance of English as a world language.?

Carmen enjoys studying by distance, and She’s a veteran of similar programs. While in Finland, she’d completed two certificate programs from Canadian institutions. ?I’ve done it before, so I know I have the motivation to do it,? she says.

Carmen’s challenge this time around is having a small child to care for?but She’s found a way to make it work. Her daughter, now 15 months old, was only 2 months when Carmen started her first course. ?It was a challenge last year,? she admits. However, It’s a little easier now: ?[She’s] pretty regular and routine as far as . . . sleep goes,? Carmen says. ?I manage to squeeze in a lot of reading when She’s sleeping.?

Despite the challenges of studying via distance, Carmen feels It’s an ?investment? and well worth the difficulties. ?It can be a lonely existence, but stick with it,? she says. ?Look at distance learning as an experience you wouldn’t get in a classroom,? she adds. ?You might learn something about yourself along the way.?