Columns
The Voice
Milk-Crate Bandit – My Trip to Japan 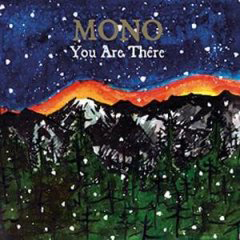 Japan is one of those places where anything goes, like public parks inside skyscrapers, used-underwear vending machines, second careers for failed North American bands, and ganguro troupes haunting the streets.

The unabashed open-mindedness of the music scene in Japan breeds jealousy in the minds of small-town dwellers and city folk alike on this side of the ocean, and once there it becomes evident why: the apparently undiscerning ears of the Japanese are actually so finely tuned that the entire country literally cannot help being cool.

I feel it necessary to dispel the rumours I’ve heard since my return from this magical land of billions of Arthur Fonzarellis: I’m not in the army, I haven’t turned to Scientology, and I didn’t start listening to country music. I was just in Japan, desperately sucking the cool from the air like the last crumbs of sugar from a bygone Pixy Stix.

This bizarre coolsmosis left me listening to so much music that I went out and bought the newest generation iPod, the model that inserts directly into your brain and never turns off, making it pretty difficult to form cohesive thoughts, let alone write entire sentences at a time.

Since any minute now I’m very likely to start screaming Three Six Mafia songs until somebody locks me away, let’s make the best of it and take a look at some of the great bands marching forward into the future of music in the brainpods of the hub of radical and the home of awesome: Japan.

Boris has the ability to create music that, at first impression, seems to define uninteresting unoriginality in a fell swoop, but which is actually so layered, diverse, and complex that anyone inclined to label it anything less than sheer genius probably doesn’t have ears at all.

The newest album, Smile, bursts at the seams with sentimental pop, drony grunge, and face-kicking rock ?n? roll meshed together with both brilliant interludes and shockingly abrupt stops and starts. This is music for musicians.

Job For A Cowboy ? Doom

Pure effin? evil. Think Cephalic Carnage getting into a bar fight with The Locust and Burnt By The Sun.

Mono – You Are There

Mono’s simple approach to amplifier worship makes itself evident in the first few seconds of this album, and only builds as the tracks wax endlessly on in a fury of ebbing and flowing feedback loops, glorious and interlocking orchestral arrangements, and piercing piano pieces. If bands like Mogwai and Thee Silver Mt. Zion are ambient, then this is just plain comatose.

Mirrored is an epic triumph from the Don Caballero offshoot Battles that rounds up all of their previous work into a living portfolio of genre-blurring, feet-moving, technically astounding grooves.

Caribou and Euphone wish they could be this awesome. Every song on this album could easily fit into any background, playlist, radio station, or record collection without skipping a beat, and It’s that incredible malleability of sound that makes this group such a success.

Disfear is one of the few bands in this world that can actually still be called punk rock. Not many groups can get away with the fast and simple style of angry, hungover skateboarders without seeming either painfully juvenile, phony, or both, but these guys just plain rip it up and then light it on fire.

Everyone on Epitaph and Fat Wreck needs to hear this album and bring some tissues with them, because it won’t be long before they realize that they’ve wasted their lives.

Though the frustrating, nasal voice and unlikely samples and time changes can be a bit difficult to adjust to at first, the unabridged talent and originality of Why? is ineffable and worth adapting for.

Touchingly humble and realist lyrics (?My copper crown’s gone green, poor me . . .?; ?Are you what church folk mean by ?the good news? . . . or are you giving me a dirty look in the rearview, clicking the button on your UHaul pen??; and ?Today after lunch, I got sick and blew chunks all over my new shoes, in the lot behind Whole Foods?this is a new kind of blues?) line up succinctly with simple piano runs and funky tambourine beats and even the occasional, well-placed na-na-na-na to make for a dazzling, if strange, record you’ll find yourself listening holes into.

Cursed has a history of deftly blending hardcore and metal in such a way that you can never know what’s going to happen next. Their first two albums, aptly titled One and Two, helped set them apart from other hard bands by being just a little too heavy or fast or long where it didn’t fit, and this album proudly carries on that tradition, shredding the preconceptions of metal like so many blasting riffs. Killer. 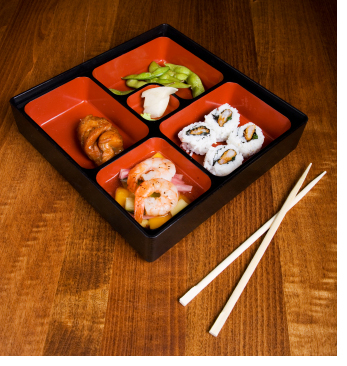