You meet this guy and he seems like just another gifted snot: pretentious, boring, emotionally distant, and full of himself. Then you hear the story of his terrible suffering, and you see glimpses of a covert?but not textbook?psychopathology, and he starts to grow on you, gains another dimension, even. But you find out he’s been stuffing himself with mind-altering drugs and fibbing about a lot of things and you break it off. In spite of yourself, you just can’t stop thinking about him and trying to understand him. 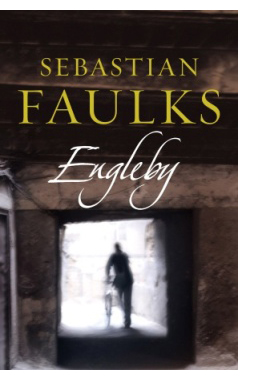 I haven’t enjoyed a modern novel quite so much in years. I’ve read some I liked despite having to wince past the characters I was supposed to be identifying with and admiring at the same time. I’ve been looking for a novel in which the speaker is like Dostoevsky’s in Notes from Underground, wallowing in debasement and fully aware of it and not even looking for diamonds in the mud. Now That’s a modern hero. And so is Engleby.

In recounting his own story, Engleby starts in the middle and moves backward, then forward, like Ulysses in The Odyssey.

But time is more deliberately scrutinized here; Engleby speculates on the nature of time, which is sometimes enlightening, sometimes not. One character casually recites, in 1985, a series of predictions about what may happen in the future, all of which are now (coincidentally?) true: the end of the Cold War, for example, and of apartheid. Engleby is flabbergasted, and places a wager that none of it will transpire. A child of the Cold War and comfortably certain he will die from a nuclear attack, he has simply not developed the stomach for peace.

One insight into Engleby’s psyche comes in the form of little segues in which he seems to be trying to screw up the courage to talk about something painful that happened to him and which he’d just as soon forget. This from a character whodunnits’d shed no tears at his father’s passing (and had wondered why), yet who later broke down weeping when a doctor tenderly touched his shoulder.

Faulks is certainly making a statement about the generation that came of age in the ?70s, those youth sandwiched in time between the earth-shakers who left a legacy of carefree decadence and the nihilists who gleefully anticipated the world’s demise.

Somewhere in the long tragedy of late-20th century youth culture some managed to hold to their ideals and put them to good use. But this book isn’t about them; It’s about those who posed, ranted, and tried to dull the pain. Engleby’s story goes a long way toward accounting for them.

Engleby lives up to seven of The Mindful Bard’s criteria for books well worth reading: 1) it is authentic, original, and delightful; 2) it confronts existing injustices; 3) it gives us tools which help us to be better artists; 4) it is about the costs of the loss of self; 5) it provides respite from a sick and stupid world, a respite enabling us to renew ourselves for a return to mindful artistic endeavour; 6) it stimulates the mind; and 7) it poses and admirably responds to questions which have a direct bearing on our view of existence.