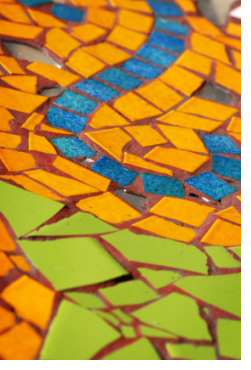 Zoroastrianism is the religion founded by the prophet Zarathushtra (Zarthosht in Persian) in ancient Persia or modern-day Iran. The religion predates Christianity and Islam.

Some scholars and historians assert the religion has influenced those faiths and Judaism with its doctrines of one God, a dualistic viewpoint of good and evil, and a final day of judgment.

There is dispute amongst experts as to when the religion was founded. Some Zoroastrians assign a date of 6000 Before Common Era (BCE) to the founding of their religion. Conversely, scholars and researchers place its beginnings between 1500 and 1000 BCE based on archeological evidence, including written texts.

According to legend, in a vision, Zarathustra was ordered by a spirit named ?Good Thought? to start preaching against the sacrifices of the traditional Persian faiths and to help those less fortunate. Folklore says that his birth was anticipated and that attempts were made by the forces of evil to kill him as an infant.

The prophet began to understand that ?Good Thought? had been sent by the almighty god Ahuramazda (Wise Lord). Zoroastrianism believes in one god, and scholars believe Zoroastrianism to be one of the earliest monotheist religions, although this is debated.

The Zoroastrian Avesta is a collection of multilingual religious books and sacred texts similar to the Bible. This includes the original words of Zarathushtra retained in five hymns called Gathas. The Gathas are revered poetry, enhancing and directing followers toward the worship of Ahuramazda.

Furthermore, they serve to ameliorate the understanding of Good Thoughts, promote social justice and equity, and facilitate individual choice between good and evil forces. In the Zoroastrian faith, the Gathas have a general and even universal vision.

The Faravahar is a symbolic representation of the soul before birth. Zoroastrians are reminded of their purpose in life on this earth, which is to live peacefully and attain harmony with Ahuramazda. The Faravahar’s face resembles the face of a human begin and demonstrates its connection to humanity, while the feathers represent the three Zoroastrian creeds. This symbol represents human spirit and encompasses the two opposing indicators of good and bad.

At one time, Zoroastrians dominated an area stretching from what is now Rome and Greece to Russia and India.

According to Zoroastrian expert and Professor Mary Boyce, ?Zoroastrianism is the oldest of the revealed world-religions, and it has probably had more influence on mankind, directly and indirectly, than any other single faith.? It has significant importance because of its relationships to both Western and Eastern faiths.

As stated in historical documents, during its prime, Zoroastrianism was the religion of the Persian Empire.

The religion’s influence is evident as Persian kings did not impose mandatory conversion. Furthermore, they even respected the belief systems of others, exemplified in the Cyrus cylinder, which is hailed as the first charter of human rights. It recounts the humane treatment of King Cyrus the Great upon his conquest of the Babylonians. From this document, he declared:

?I announce that I will respect the traditions, customs and religions of the nations of my empire and never let any of my governors and subordinates look down on or insult them until I am alive. From now on, till (Ahura) Mazda grants me the kingdom favor, I will impose my monarchy on no nation.?

When Muslim Arabs invaded Persia in the 7th century, Islam displaced Zoroastrianism as the state religion. Zoroastrians fled to South Asia (India, Pakistan), where most are concentrated today. Those who remained in Persia have endured and survived many hundreds of years of violence, proselytization, and persecution. During its peak, Zoroastrianism spanned the ancient world from Central Asia to Southern Europe.

Currently, according to a 2004 Fezana Journal survey, published quarterly by the Federation of Zoroastrian Associations of North America, there are some 6,000 Zoroastrians in Canada, 11,000 in the United States, and 2,200 in Persian Gulf nations.

From followers that once numbered as many as 50 million, the global population of Zoroastrians today is estimated to be between 125,000 to 150,000. 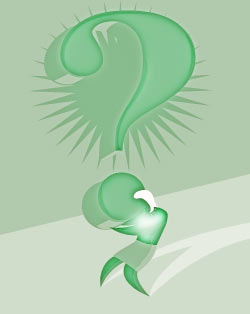 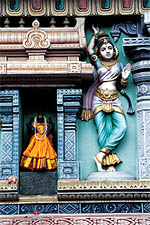