Columns
The Voice
The Mindful Bard – Forgetfulness, in Recent Memory

. . . Playing
Lear would force him to inhabit his fear,
fathom the future he had almost reached
already. Why, just last week, running here
and there to find lost keys, a friend’s name leached
from memory. Gone. No, nor could he bring
himself to speak the plain and awful line
that shows the man within the shattered king:
I fear I am not in my perfect mind.

My father was visiting a Massachusetts seminary in the ?70s when he came upon a group of young people he knew singing ?We Shall Overcome? along with some religious choruses. When he pointed out to them that this was an anthem of the civil rights movement they were incredulous. What? No! It was a gospel song and that was all there was to it. Only a handful of years had passed since the Freedom Ride.

Many of my young friends don’t know who Tolstoy is. They don’t know how unions came to be, or that the industrialized world they deem normal is really, relative to world history, a complete anomaly. They know nothing of the historical warp and woof that brought us to where we are today.

Those who came of age in the ?60s were conscious and deliberate in throwing out the past in favour of the brave new world they were supposed to be creating with nothing but peace and love and the chords C, F, and G7. I don’t hear this from today’s youth. It’s not that they have another agenda supplanting the wisdom of the ages. They simply don’t know.

I’m not the only one who’s noticed. The last year witnessed the appearance of a number of works in film and literature disclosing a fear that our culture is losing its bearings, cutting itself off from its roots, and careening down some dark highway whose name we no longer recall.

A few recent publications have sought remedy. In Cultural Amnesia, Clive James makes the argument that not knowing what led to the devastating events of the 20th century dooms us to repeat them, as many of the conditions preceding the Holocaust, for example, still exist or are now re-emerging.

Atlantic Monthly?s series ?Books That Changed the World? brings us the biographies (both the history of the writing of them and the stories of their cultural impact) of books that shaped who we are today and that still offer rich resources with which to respond to current problems. Hollywood has been digging into legend, myth, and history for inspiration; hence we have Troy, 300, and Sweeney Todd.

When the Rolling Stones performed that disastrous concert at Altamont where four people died and many more were injured, American youth, not entirely fairly, removed Mick Jagger from his pedestal of youthful innocence, instead seeing him and his ilk as dark lords of destruction. Many quickly turned to American roots music.

The song ?American Pie? was an attempt to recount the tragedy that transpired when rock’s humble American roots were discarded in favour of a lucrative and exploitative old-world decadence. I see this sort of thing happening now, perhaps in reaction to the ubiquitous starmaker machinery of the Idol series and its spinoffs. The last couple of decades have witnessed the rise of the alternative country movement and numerous bands and labels swimming in musical history and the rethinking of traditional forms. they’re not the only ones making good music these days, but they represent a new aesthetic that is culturally significant. 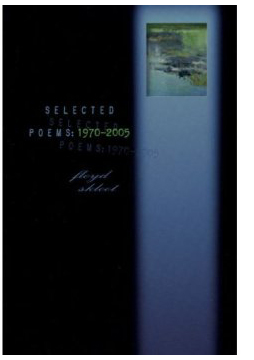 Tied up closely with the fear of cultural amnesia is a preoccupation with diverse failures of mental function. Culture makers have been sensitive to a general anxiety regarding the delicacy, vulnerability, and fallibility of our most complex organ. The movie Away from Her chronicles the despair experienced by a man who feels he is losing his wife to Alzheimer’s, and Sebastian Faulks’s Engleby is a novel about a young man who experiences lapses of memory only to later discover that during these lapses he has done things he dare not remember.

Mile Zero witnesses the unravelling of a man in a world for whom his past has not prepared him. David Lynch’s films often have the effect of disrupting the last shred of sanity we feel we may possess. And Eternal Sunshine of the Spotless Mind says it all.

A case might be made that themes of mental imbalance or memory failure tend to emerge during periods of cultural upheaval. ?Rip Van Winkle? and Confessions of an English Opium Eater came in the wake of the French Revolution, the smallpox epidemic, the Irish Rebellion, and the dawn of the struggle between Britain and Russia for the central Asian countries. Diary of a Mad Housewife and Sylvia Plath’s The Bell Jar both came out in the 1960s.

But That’s a job for the scholars. Without question we are witnessing a recoil of horror from current events, a reaction that throws us back to the past for answers and grounding. Our fear is not just of what is taking place now; it is also a dread of what the gaping maw of the future represents to us, both culturally and personally: loss of something precious and irreplaceable, and nothing with which to replace it.

Is this justified? Should we rather be thinking, as is so often said, If I can’t remember it, it can’t be that important, or What we don’t know can’t hurt us, or the dismissive and utterly inaccurate That’s all in the past?

In Selected Poems: 1970-2005, Floyd Skloot, a poet struck by a virus that impaired his memory and his ability to engage in abstract thought, makes a compelling point by simply producing this body of poems written over the last 35 years. In these poems he discusses the experience of loss of mental capacity interwoven with sensitive tributes to great artists of the past. For Skloot the former existence of these figures is among a series of constants in his life, which also includes the love of his wife and his own continuing ability to make poetry in spite of feeling confused and forgetful.

When memory and reason are stripped away, what endures? Apparently, according to Skloot, poetry endures. So do relationships. And so, somehow, in spite of us, does the past. 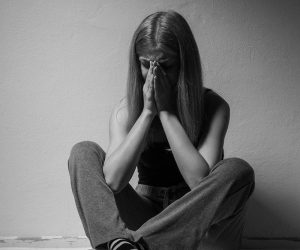 The Study Dude—Stay Cool Under Pressure