General Rick Hillier has been named the next chancellor of Memorial University of Newfoundland (MUN).

The appointment was announced by the province’s premier, Danny Williams, in St. John’s on June 26.

General Hillier, 52, will be retiring July 2 as chief of Canada’s defence staff, a position he has held since February 2005.

A native of Newfoundland, Hillier graduated from Memorial in 1975 with a Bachelor of Science Degree.

When he announced his retirement, in April of this year, rumours began to fly that his next move would be into the premier’s office, but Hillier quickly dismissed the idea.

As he told reporters during a speech at the annual Newfoundland and Labrador Oil and Gas Association conference in St. John’s in June, ?Our country has some incredible men and women who are our political leaders.?

?I don’t envy them one little bit. The cost of that on them, on their families and the way, if you will, they are perceived across the country. So I’m not going to become a political leader.?

General Hillier will succeed John Crosbie as chancellor of MUN. Crosbie held the position until February 2008, at which time he became lieutenant governor of the province.

General Hillier has long been a well-respected Canadian figure, joining the Canadian Forces in 1973 through the Regular Officer Training Plan program and going on to take command of NATO’s Stabilization Force’s Multinational Division (Southwest) in Bosnia-Herzegovina (2000), as well as becoming commander of the NATO-led International Security Assistance Force (ISAF) in Kabul, Afghanistan in 2003.

On June 26, the U.S. Supreme Court made a historic ruling: they struck down the District of Columbia’s ban on handgun ownership, declaring, as the Washington Post reports, that ?the Second Amendment protects an individual’s right to own guns for self-defense.?

Justice Antonin Scalia wrote the decision, which was a close 5 to 4 split and represents a drastic change in federal lawmaking.

The court’s decision will still allow the government to impose some limits on gun ownership, but claimed that ?the District’s strictest-in-the-nation ban went too far under any interpretation.?

The decision also made it unconstitutional to require that shotguns and rifles be outfitted with trigger locks or that they be stored disassembled or unloaded. The court ruled that these safety measures acted as a ?prohibition against rendering any lawful firearm in the home operable for the purpose of immediate self-defense.?

Stevens argued that the decision was in violation of the Supreme Court’s precedent; specifically, that the Second Amendment allows citizens the right to bear arms for military purposes only. He said that decisions about gun control should be made by legislatures. Justices David H. Souter, Ruth Bader Ginsburg, and Stephen G. Breyer also dissented.

Reaction from the White House was swift. President Bush’s press secretary, Dana Perino, issued a statement saying ?the President strongly agrees with the Supreme Court’s historic decision today that the Second Amendment protects the individual right of Americans to keep and bear arms. This has been the Administration’s long-held view.?

Democrat Sen. Barack Obama (Ill.), on the other hand, offered a less enthusiastic (or clear-cut) reaction. He stated that ?I have always believed that the Second Amendment protects the right of individuals to bear arms, but I also identify with the need for crime-ravaged communities to save their children from the violence that plagues our streets through common-sense, effective safety measures.?

This decision marks the first time the Supreme Court has ruled on the Second Amendment since 1939, and is bound to affect the existing handgun ban in Chicago (enacted in 1981). 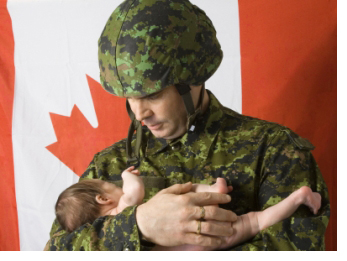