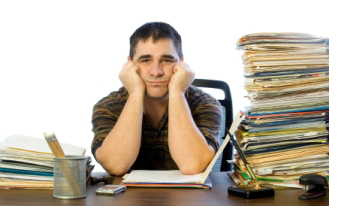 EDMONTON (CUP) ? While many recent graduates may think that the stresses of university life are behind them, according to University of Alberta researchers, stormier times may lie ahead.

A study published in May found that recent graduates? likelihood of experiencing anger and depression increase in the years immediately following graduation.

According to the research, the timing of a major transition in life, such as moving away from home or becoming a parent, is linked to increased stress.

?For the person leaving home too soon, it may just be too many challenges all at once for the individual to cope with,? said Nancy Galambos, a psychology professor at the University who led the study.

Galambos says the severity of depression and anger depends on what a person can rely on to help cope with the stress of transition.

That means there’s no magic age for a smooth transition. For instance, the better a person is at talking with and getting help from friends and family, the better they will be at dealing with their troubles.

?Some people have none of that kind of support, and they probably do worse-off on average,? Galambos said, adding that support can be as practical as lending money or helping find a place to live.

?If the young person has . . . social support, financial support, [or] a good place to live when they move out, then that transition will be less stressful,? she said.

Susan Duxzynski, who graduated from the U of A in 2005, can relate. Her biggest cause of stress after graduating with her second degree was the long search for a job in her field. She looked to her friends and family for a shoulder to cry on.

?You’re focused on such a small goal range that . . . people get tired of hearing you gripe,? she said.

?They try to be supportive and give you options, but really, you don’t want to hear options. You want to have a non-verbal sounding board that absorbs all of your negative energy.?

In fact, telling a distressed person what to do can make the situation worse.

According to Dr. Steve Knish, a counsellor at the U of A’s Health Centre, just listening to people can help them deal with stress.

?Typically, when we’re overwhelmed, our focus gets very narrow, and we don’t see things that are happening,? he said. ?[When listening], we like to get into coming up with ideas too soon on what to do. This can turn someone off or shut someone down.?

Yet despite the possible drawbacks, when it comes to managing stress, both Galambos and Knish still recommend that people rely on their friends and family to help them get through difficult situations.

?I think the first thing That’s really important is that people connect with their support networks, that they don’t isolate themselves or try to handle it themselves, and that they look to see who their resources are,? said Knish.

Galambos added that while depression and anger in study participants dropped significantly in the seven years after graduation, good mental health depends on the ability to handle stress.

?It’s up to the individual whether and when they should cross certain transitions, and that is going to depend on the individual and the kind of support he or she has.? 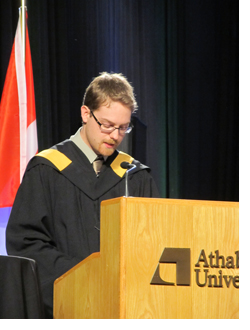 From My Perspective – Choosing the right university degree