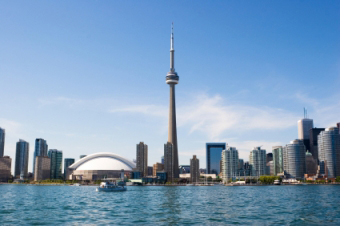 Toronto is the largest city in Canada and considered to be its commercial and financial hub. Situated on the northwest shore of Lake Ontario, the city is home to over 2.5 million inhabitants. Including the city’s outlying areas (known as the Greater Toronto Area or GTA), Toronto is home to over 5.3 million people?nearly half of Ontario’s population.

By the 1950s, the GTA had experienced a large influx of immigrants from Europe and later on from Asia, Africa, and South America. As a result, the region’s population has increased dramatically and become home to over 100 languages and counting.

Toronto is home to some of the country’s largest financial, commercial, and industrial institutions. Fuelled by the opening of the St. Lawrence Seaway and the rise of Quebec separatism, Toronto surpassed Montréal as Canada’s largest city.

Many multinational corporations have their Canadian head offices in Toronto, and the city is also a major centre for film and television production and a popular tourist destination.

Toronto is home to numerous museums, attractions, landmarks, sporting events, and festivals. Its diversity is reflected in a plethora of activities, including Caribana, the Canadian National Exhibition, and the Canadian International auto and air shows.

Many of Toronto’s cultural events have long histories in the city. For instance, Caribana’s beginnings can be traced back to 1967, when Toronto’s citizens of Caribbean ancestry had a massive party on Olympic Island. This event has expanded into a month-long celebration with a youth parade, art shows, King and Queen Competition, and family activities. Moreover, there are many opportunities to try food from different Caribbean regions, such as spicy chicken, smoked salmon, Caribbean crab cakes, or pelau (caramelized chicken with rice and peas).

Another Toronto attraction is the CN Tower, one of the tallest structures in the world and a well-known tourist destination.

For shopping, the GTA offers ample opportunities to browse, buy, eat, and enjoy a day at the mall, including the Toronto Eaton Centre, Yorkdale Shopping Centre, Square One, and Vaughan Mills.

The arts are well served in Toronto with the Art Gallery of Ontario and the Royal Ontario Museum. Science enthusiasts will enjoy going to the Ontario Science Center, while history buffs will learn a great deal about the city at Fort York or Casa Loma.

Yorkville is Toronto’s most exclusive retail district, filled with nightclubs and art museums. This area also boasts some of the most expensive real estate values in the country. Many events take place in this neighbourhood, from nuit blanche to IceFest. Check out Yorkville for more details.

Lined with beautiful and magnificent homes, Rosedale is home to some of Canada’s most expensive real estate. Some of Canada’s wealthiest and most prominent people live in the area, including leaders in business, government, and industry.

Known as the Jewish Market in the early 20th century, this unique area of Toronto has transformed into a vibrant and diverse collection of art studios, grocers, and specialty shops selling everything from vintage clothes to retro furniture.

There are also a variety of café shops and restaurants offering foods from all corners of the world. Visit Kensington Market for more details.

The Annex is a neighbourhood located in downtown Toronto. The Annex is home to many families and long-time residents, but also to students due to its proximity to the University of Toronto. It is not uncommon to see students living in the area or for professors to purchase homes there.

The city of Toronto website provides further information on the Annex.

Riverdale is a thriving community just east of downtown Toronto. Riverdale was a former town that later joined the city of Toronto. The Canadian television show Degrassi Junior High is named after the Riverdale street of the same name.

Geographically, Riverdale is a large neighbourhood made up of smaller regions, including East Chinatown, South Riverdale, Riverside, and the Studio District (home to film and television production).

You can find a complete list of Toronto neighbourhoods here, or visit the City of Toronto’s website for more information. 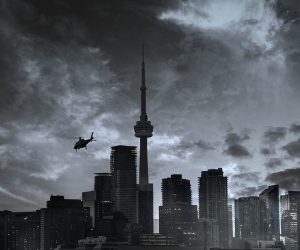