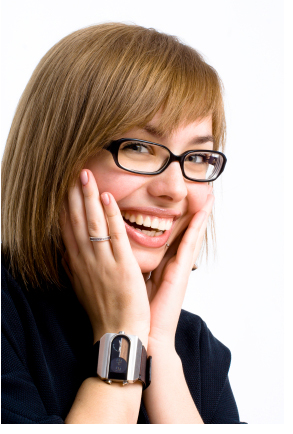 Two University of Manitoba profs study the origins of humour

WINNIPEG (CUP) — Over four decades ago, Carl Reiner and Mel Brooks introduced the world to the 2,000 Year Old Man, who detailed life throughout history in a series of comedy sketches.

Reiner would ask the ancient curmudgeon, played by Brooks, questions like, ?Do you have any children?? and get meaningful answers like, ?I have over 1,500 children, and not one comes to visit me on a Sunday.?

Think That’s dated? Well, it seems that humour has been around for a lot longer than 2,000 years, and maybe even longer than Brooks, according to two psychiatrists at the University of Manitoba.

Dr. Joe Polimeni and Dr. Jeffrey Reiss have been studying the origins of humour in humans. According to a university press release, ?tens of thousands of years ago . . . something about the situation prompted one of our primitive ancestors to say something funny for the benefit of eliciting a response from a fellow tribesman.? In other words, the first joke was told.

Dr. Polimeni and Dr. Reiss have narrowed down the origin of the first joke.

?Our analysis provides only a minimum estimate for the evolutionary age of humour. It is likely at least 35,000 years old. I would suspect, by indirect evidence, that It’s probably older than that . . . It’s even possible, though unlikely, to be even 2,000,000 years old,? said Dr. Polimeni.

The two doctors started their research into humour while studying schizophrenia. Patients with schizophrenia have difficulty understanding certain forms of humour. Dr. Polimeni and Dr. Reiss created a ?humour test? which they hoped could be part of a larger set of tests used for making the difficult distinction between schizophrenia and manic depression.

?After learning about humour, we recognized that there hadn’t been a comprehensive review exploring the possible evolutionary origins of humour for some time. So we studied the subject methodically and published a review article entitled, ?The First Joke: Exploring the Evolutionary Origins of Humour,?? said Dr. Polimeni.

This study of schizophrenia has led to a possible link between humour and spirituality. Polimeni explained that 50-60 per cent of delusions in schizophrenia have religious content. There are cognitive similarities between humour and spirituality, and evolution has an efficient tendency to adapt two functions to one structure. An example is the tongue, which helps with digestion and also allows us to speak.

So laugh a prayer and pray a joke. Dr. Polimeni says humour and spirituality may have evolved together to relieve stress, improve communication, and help people socialize.

What is the purpose of humour, then? There are several possibilities according to Dr. Polimeni and Dr. Reiss, such as dealing with absurd situations, letting out repressed sexuality or aggression, and concern for social status. However, no clear answer is evident.

?That was one of the points of our paper; we couldn’t elucidate a clear pattern for the social purpose of humour in hunting and gathering societies,? said Polimeni.

?In our paper, we argued that to fully understand humour, you have to study it in traditional societies. Our methodical approach had too much statistical variance and therefore we concluded our analysis had failed . . . this was only one portion of our evolutionary paper. When we looked at the examples of humour in traditional societies, they, in fact, broadly appeared similar to Western humour. We just couldn’t prove that similarity scientifically using the methods we had chosen.?

However, Polimeni said that ?it seems that one of the primary social purposes of humour is to quell heated disputes. The first joke may have diffused a situation where Og was going to pummel Ug.?

In fact, humour has saved many a dork from certain thrashing, including myself. I’m beginning to think Ug used self-deprecating humour to stop Og from taking his Star Wars collectible cards.

Perhaps this uncertainty is a good thing. I’ve never wanted a computer to tell me what’s funny, and comedy is certainly not a science. I’m looking at you, CBC.

I’ve also found that the second I try to figure out why something is funny, it immediately stops being funny, but that hasn’t stopped Dr. Polimeni. ?You have to have a reasonable interest in comedy to be able to spend hours analyzing simple jokes. I sometimes spend one to two hours thinking about all the angles in any given joke. And yes, I’m guilty of having spent almost an hour analyzing the joke ?Why did the chicken cross the road???

When asked about his favourite joke, Polimeni responded: ?The most I ever laughed was at the Cheech and Chong joke about being glad not to have stepped in dog poop. I was, however, 14 years old.?

What I really wanted to know is if we’re the only ones that are funny. According to the Hitchhiker’s Guide to the Galaxy, which I believe to be 100 per cent accurate, humans are the third smartest beings on Earth behind dolphins and mice. Are there any squeaky dolphin jokes?

Polimeni answered, ?I’m not sure. A group of scientists have claimed that a certain 50 Hz chirp in rats is akin to humour, but I personally wasn’t convinced with their assertion.?

Fair enough, but I have reason to believe that the dolphins in Stanley Park were laughing at me and not just tittering from the thrown fish.