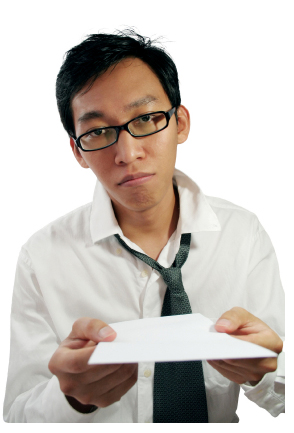 Winnipeg companies go out on a limb to retain new employees

WINNIPEG (CUP) ? During the lazy days of summer, It’s easy to ponder quitting your job in favour of floating around for a few months. For past generations this daydream would have been just that?a dream. But for those born in Generation X and Generation Y, It’s often a reality.

?It’s just a different mindset than there was 20 years ago,? said Aplin.

Employees are even willing to leave a job without having another one lined up, he says. So is there anything that employers can do to counter this trend?

According to a recent study by Aplin Recruiting, 90 per cent of Gen Xers and 96 per cent Gen Yers named advancement opportunities as their number one incentive when looking for a job. Almost 3,000 people responded to the national poll in April and May.

Other incentives that ranked highly include performance-based bonuses and salary increases, excellent benefits packages, new challenges and a variety of interesting projects, pensions or retirement savings plans, high salaries, opportunities to do meaningful work and make a difference, recognition and feedback, flexible work hours and telecommuting, and the opportunity to receive mentoring or coaching.

Conrad Wiebe, 25, works as a software developer in the research and development department of Winnipeg-based Frantic Films. He graduated with a bachelor’s degree in Computer Science in 2007 from the University of Manitoba.

Many of the reasons he enjoys his work correspond with those identified in the study.

?I get to work on very challenging problems on a daily basis,? he said. ?The artists and directors are always trying to push the limits of what we can do. This gives us a lot of freedom to do innovative work. I really like the collaborative work environment and my co-workers. I also really enjoy the flexible working hours.?

However, Wiebe is willing to sacrifice job security in order to enjoy some of these other freedoms.

?Job security is nice, but by the nature of the business I work in, this is never guaranteed,? Wiebe said. ?These types of concerns are somewhat secondary to the main things I look for in a job?the work environment and the nature of the work.?

But this is not the case for all younger employees. Warren Charlton recently completed Aerospace Manufacturing at Red River College in Winnipeg and hopes to attain a job at Boeing or another local company. He’s looking for job security.

?That’s probably where I’d stay until I retired,? he said.

This is both comforting and daunting for the 21-year-old. ?There’s job security and I’ll build up a lot of seniority by the time I’m 40. I’m not going to get laid off . . . But then You’re stuck in there and you don’t really know what’s out there.?

So while some companies are appealing because of the non-traditional incentives they offer, others are attractive for the opposite reason.

At Standard Aero, for example, the average length of service is 11 years, says Florence Ticzon, manager of staffing and employee relations. Standard has about 1,300 employees at an average age of 40.

?They come here for a career and That’s what we like to promote,? said Ticzon.

This differs slightly from Shayna’s statement of a five- to seven-year itch. But does that mean the criticism Generation Yers often face for being disloyal slackers that are constantly in need of praise is unwarranted?

Perhaps. But companies like Standard are still working to appeal to the job incentives identified by younger generations just in case.

For example, the company implemented the Self-Funded Leave of Absence program, wherein a small portion of an employee’s salary is saved in order to cover for an extra week of paid time off.

When an employee does leave Standard, common reasons include relocation (often to Alberta), family needs, or just a desire for a change of pace.

According to Shayna, the area that sees the most movement is that of middle management, who generally make around $55,000 annually.

?In the City of Winnipeg, there is definitely a lot more movement in that area across the board,? he said.

Those that fall into this demographic are the most at risk when companies downsize, but are also more willing to leave, he notes. And in general, most of the movement occurs for those aged 45 and under.

However, there is also a lot of opportunity for movement for recent graduates, Shayna says.

?If you come out with a good education, I think you can still market yourself,? said Shayna.

Regardless of what companies offer, life experience often seems to be the ultimate incentive for younger employees.

Although the type of work that Frantic and other new media companies do is generally appealing to Gen X and Gen Yers, Wiebe says this is only half the battle.

?I’d say that Frantic has to work just as hard as any other company to retain their employees,? said Wiebe. ?I see many cases where co-workers will leave in favour of higher education or new work opportunities. Not that this shows lack of job dedication; I would just say that ultimately all of us have our own interests in mind.?

On the Hill – Generation Me