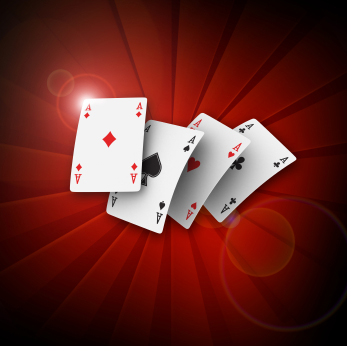 Earlier this month, at the Gaming Life Expo in Las Vegas, Nevada, the team pitted their poker playing computer program, named Polaris, against a pool of pros in limit Texas Hold?em poker and took the hypothetical pot.

?It was pretty crazy,? said Michael Bowling, the team’s leader and an assistant professor in the Department of Computing Science.

?Last year we tried it at an artificial intelligence conference in Vancouver and were barely squeezed out. We only played two players, but this year there were seven different professionals who teamed up for a multitude of matches.?

And Bowling wasn’t the only one impressed.

?Everyone who sat down to play the program has been in awe that it plays as strongly as it does. A lot of the players came into it [thinking], ?Hey, It’s a poker program. It’s not going to be that good.? I think everyone walked away with a definite appreciation for just how well it plays,? Bowling said.

Polaris functions using two general components: a game theoretic component, which devises a strategy for success by playing billions of hands against itself before a match; and a learning component, which determines what playing style its opponent is using in order to adapt its neutral, game-theoretic strategy to one of five strategy types ranging from very defensive to very aggressive.

Advancements to Polaris? learning component, Bowling explains, are what brought the program up to snuff from last year’s loss.

?We had a really weak learning component in one of the matches we played [in Vancouver],? Bowling said. ?In the last 12 months we’ve developed it considerably, and have a fairly sophisticated learning system to adapt among our five strategies. The adaptation can occur very quickly now, in about 50 hands.?

But It’s Polaris? game theoretic engine and the nature of poker that make the program so unique among other AI programs built to solve games of seemingly similar complexity, such as chess and checkers.

?Poker just happens to capture a lot of really interesting aspects of real-world problems. Mainly, that there is a great deal of uncertainty in any decision,? Bowling said.

?For example, in poker, you are uncertain about what cards your player has, what cards will come up, [and] what style your opponent is using. All of those same uncertainties exist in many problems that we make decisions on everyday and handle very well, whereas most computers don’t handle those uncertainties very well.?

In poker, because the opponents? cards, as well as the potential flop (cards coming out of the deck) are unknown, It’s currently impossible to compute all game possibilities and arrive at a theoretically optimal solution, Bowling explains.

In the future, this type of risk-calculating program could also be applied in real-world scenarios to combat human indecision in the face of uncertain variables, he continued.

?One impact this could have in the future is with economic decision-making, which fits really well with poker situations. For example, it could be used to help in auction scenarios where a number of parties are bidding on products and making decisions while facing unknowns like opponent’s desires and future availability of products,? Bowling said.

?For all of those decisions which we already model in a game theoretic way, we now have a much better tool to make decisions in those scenarios,” he said.

Polaris constructs a smaller approximation of the game that captures many of poker’s strategies and fits its small world solution to its current game?similar to the way people make complex decisions.