Columns
The Voice
The Mindful Bard – Elisa Albert, The Book of Dahlia

Cancer is hastening Dahlia Finger’s demise. As she unrolls the scroll of her final days beside the scroll of her previous life history you can’t help but say, ?Wait a minute, Dahlia?we’re all going to die. You’re just dying early. You’re being forced to face the same existential dilemma we’ll all face sooner or later; you just have less time to deal with it. Why is this such a catastrophe??

Why? Because the story of a premature death is the perfect vehicle for a meditation on the absurdity of human mortality.

The Book of Dahlia wrestles with this absurdity despite presenting humans as the creatures most likely to deserve death. Cases in point: Dahlia’s monstrously egotistical mother; her sadistic brother and his toxic fiancé; a series of shallow lovers; and Dahlia herself?a bitter, self-indulgent, materially spoiled but emotionally starved underachiever.

In the end, despite the depths of their depravity, do humans really deserve to die?

?Life is still Life,? says Dahlia in an imaginary conversation with a cancer guru. ?And either That’s meaningful all the time or It’s meaningful none of the time, schmuck; no qualifying.?

Which raises The Question: How is life meaningful?

Or: How does one face death when all one has to face it with is life?blaring, bright, stupid, unfixable life?

The life of pavement, of car upholstery, of comfy couches, of street noise, of plentiful fast food, of America’s almighty consumerist tit from which every faintest whiff of death is rigorously banished? 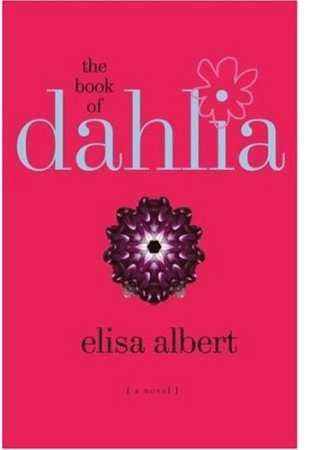 Albert wrestles with these questions in conversational prose. That’s how novelists should write, provided they write in the hypothetical conversational style of those who always speak very well. Albert’s narrator/protagonist does not speak well but she speaks in such a way that you know you’ve heard these words before; you’ve had these very thoughts, in close to these very words.

Albert writes the way we think when we’re ruminating on our personal helplessness. In her inner world, for example, Dahlia’s health becomes the fulcrum between all the good and ill done her by others, between the success and failure of her environment to meet her needs.

This doesn’t jibe with externals. According to everyone else Dahlia’s cancer is the sum and product of all her guilt: guilt for not having taken care of herself the way the experts (repeatedly confusing correlation for causation) say she should; guilt for bad (i.e., negative, i.e., unfeminine) attitudes; guilt for being unlovable; and guilt for not living up to her potential.

But like Job (or a strange, modern anti-Job) Dahlia resists all efforts to comprehend her illness as metaphor, all attempts to make her feel her tumour was somehow her fault and the outcome of her illness somehow under her control.

Albert writes from within the twisted pain of aggrieved gifted women. Her writing screams with belly laughter, agony, and lust. It carries the signs of a necessary shift in cultural awareness.

The Book of Dahlia manifests seven of The Mindful Bard’s criteria for books well worth reading: 1) it is authentic, original, and delightful; 2) it confronts, rebukes, and mocks existing injustices; 3) it makes me want to be a better artist; 4) it displays an engagement with and compassionate response to suffering; 5) it ponders the attainment of the true self; 6) it stimulates my mind; and 7) it poses and admirably responds to questions which have a direct bearing on my view of existence. 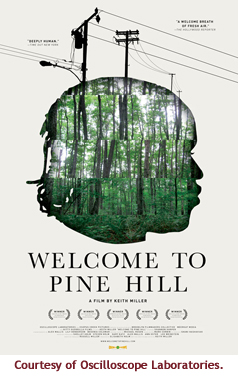 In Conversation With . . . Elisa Albert

The Absurdity of Camping