Canada is once again facing a national election and therefore will be putting the leaders of each political party into a televised debate of the issues and election promises.

As a general rule, we can expect to see the leaders of the Conservative and Liberal parties present at these important debates, and the New Democrats have made it their business to be as much a part of governmental affairs as they possibly can (with 20 to 30 per cent of the popular vote it would be absurd to exclude them, despite Canadian Parliament having only two major contenders for leadership).

According to a news release issued by the network consortium (made up of the TV networks that host the debate) some of the other political party leaders stated they would not take part in the event if Elizabeth May, leader of the Green Party, was included.

According to CP News in Toronto, the release stated there would be no debate if she were included because three other parties promised to pull out. This resulted in the consortium’s decision to exclude May, a move that had the Green Party understandably upset.

Stéphane Dion, head of the Liberal Party, went on the record as welcoming May to the debates, which left the NDP, the Conservatives, and the Bloc Quebecois as the most likely dissenters. Given the atmosphere of the current minority government, with parties hanging on to power by the thin balance of their alliances with one another, the proposed Green Party exclusion seemed the epitome of what could be viewed as manipulative, childish behaviour on the part of most federal politicians.

As far as precedent goes, it must be noted that the Green Party does hold one seat in Parliament and that when the Reform Party was in the same position, Preston Manning was indeed invited to take part in the debates.

In the most recent development, the networks finally decided to let May participate in the debates, and thanks goes out from the Green Party to all Canadians who wrote in to protest and signed the petition.

Thailand’s prime minister has been legally ordered to step down from his position and it is all because of a cooking show on television. Mr. Samak Sundaravej, as well as his entire cabinet, has been told by a Thai court that they must vacate their positions over the matter.

Anti-government protestors in Thailand took over the prime minister’s office while others took up positions outside the buildings, continuing the occupation for two weeks while waiting for a constitutional court to make a ruling. A state of emergency has been in effect there for a week.

Samak has only been prime minister of Thailand for seven months. Prior to taking the top government job, he hosted a cooking show on Thai television for seven years. The show was called Tasting and Grumbling and featured both Mr. Samak’s cooking skills and his opinions, which were often controversial.

Constitutionally, the prime minister of Thailand is forbidden to be employed by anyone other than the government during his tenure. As Samak was paid for appearances on the cooking show a few times after he was in office, he violated the rules. The court also stated that there was evidence Samak took measures to fabricate evidence during the case.

Samak’s government has not been a popular one for many and being removed from office over a cooking show is merely considered an easy way to remove him from power. 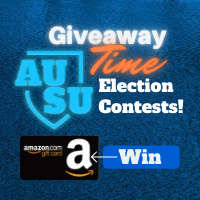 International News Desk – Are you looking forward to a Greener campaign?