?Just where ?time? and ?space? (or so we’re told) begin to pretend to be two there lives The King of Toys who’s so wonderfully made that he may only be played with by what children would become if there never were (alas! alas!) any people.? – Kenneth Patchen

In Fellini’s film La Strada the simple, childlike Gelsomina becomes the slave of Zampanò, a swinish carnival he-man. She eventually identifies herself as an artist, and becomes drawn to the playful circus clown Il Matto (The Fool). In a lighthearted but moving soliloquy Il Matto introduces Gelsomina to a world view whose beauty redeems her heartache. Il Matto shows no fear in the face of Zampanò’s blind hatred, continuing to clown and cavort to his own detriment. Gelsomina fully grasps the meaning of his martyrdom and takes it utterly to heart.

Doctor Sparkles (the alias of Kevin Patrick Baiko) is the Il Matto of 21st century culture makers. We are poor enslaved players for a heartless brute and Doctor Sparkles our clown, a droll mouse who pluckily razzes the roaring lion.

Anybody old enough to remember listening to ?Three Little Fishies in an Itty Bitty Pool? will be transported back to the nursery with these songs. The swing revival of the ?90s was not so short-lived after all; the Squirrel Nut Zippers, The Brian Setzer Orchestra, and their ilk have simply passed the torch. 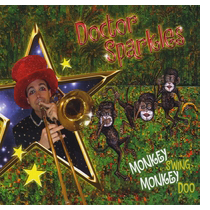 The tone is lively and bright but there’s a Rive Gauche dark side to this CD as well; one minute You’re at a kindergartener’s birthday party and the next You’re jive-stepping down a dark alley in 1930s Berlin. Yes, this is a swing album, but there’s klezmer, blues, cabaret, and gypsy jazz here keeping it company.

The hokey song subjects and musical treatments are totally in keeping with the swing tradition, with deep observations thrown in for depth and grounding. This ukulele-strumming shaman-trickster-guru is here to provide you with a cartoon roadmap of creative mindfulness.

For one thing, Sparkles advocates opening the heart as a means of transcending fate. In ?The Anahata? (the chakra to which, incidentally, he has dedicated the album) he invites us, to the throbbing of deep, jungly drums, to step outside karma:

Sparkles uses swing as a metaphor for creation, human origins, the Dance of Life. (?The Golden Age of Swing? is the funniest creation song you ever heard.)

Throughout this album the music shifts emotionally to frame the words. Every musician here is a virtuoso, and they sound like they’re having a very good time.

On the back of the CD is the sage epigram, ?Between Life and Light swings the Star Monkey, rising and falling in Love? (backing my conviction that the universe is a manifestation of love and is imperfect only because it is not Love Itself). At the end of his charming letter is written ?Making Light of Self.? What does this mean? Who knows, but I like to think of it as a formula for not taking yourself too seriously on the road to Self-Knowledge.

Monkey Swing Monkey Doo manifests eight of The Mindful Bard’s criteria for music well worth a listen: 1) it is authentic, original, and delightful; 2) it confronts, rebukes, and mocks existing injustices; 3) it makes me want to be a better artist; 4) it gives me tools which help me be a better artist; 5) it displays an engagement with and compassionate response to suffering; 6) it inspires an awareness of the sanctity of creation; 7) it is about attainment of the true self; and 8) it provides respite from a sick and cruel world, a respite enabling me to renew myself for a return to mindful artistic endeavour. 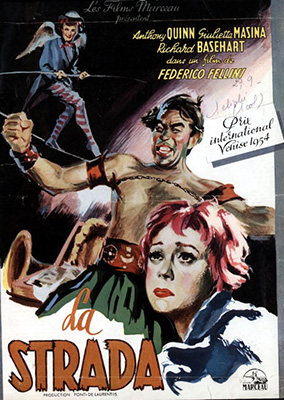