Columns
The Voice
From Where I Sit – Here’s Lookin’ at You, Kid

On September 16, I became the 241st member of a very exclusive club with a membership of only 241 members (although by September 18 the number will likely be 242).

There won’t be any regular monthly meetings or an annual meeting ever. There’ll be no minutes, no executive, no elections. There aren’t even any membership dues. Through sheer coincidence I do know someone else in the club, but usually that would never happen.

So, You’re wondering, what’s the big deal? How do you get in? What do you have to do? What the hell are you talking about? Let’s just say Groucho Marx was on to something when he said he didn’t want to belong to any club that would have him as a member.

On Tuesday I joined the very exclusive group who has had the video capsule endoscopy procedure done. After an initial pilot project of 50 patients, the Royal Alexandra Hospital was given the funding and go-ahead to offer this diagnostic tool to Albertans. Since then an additional 191 patients have gone through.

Frankly, It’s a club you don’t want to join. It means that all the conventional testing hasn’t provided doctors with the answer they require. In my case, we’ve been trying for over 19 months to explain my anemia and how my hemoglobin could have dropped to half of what it should be. I was a hair’s breadth away from getting a transfusion and have been on iron ever since.

Countless tests including not one but two colonoscopies, a gastroscopy, barium swallow, meckle scan, MRI, pelvic and abdominal ultrasounds, and monthly blood work haven’t told us anything definitive but presumably have ruled out some things.

But back to the most recent test. The miraculous little camera I swallowed spent eight hours working its way through my system, all the while recording 67,000 images. The camera is in a capsule measuring one inch in length and about 3/8ths of an inch in diameter. Six sensor pads taped to my abdomen were connected to a recording device about the size of a pocketbook. The device is housed in a pocket on a recorder belt, which looks like those back-support belts warehouse workers often wear.

With Velcro sections and suspenders to hold this thing up I was quite the sight. And just eight hours with this contraption on! With the way technology goes, before long it’ll all be the size of a postage stamp.

At the end of eight hours I returned to the hospital to have the equipment removed. The VCE (video capsule endoscopy) nurse will download the images and do a pre-screening of what essentially become a video. (No, I couldn’t get a second set of prints. I did ask though.) Of the eight hours of pictures roughly half of them cover the time spent in the small intestine and are the whole point of this test. There’s no other non-invasive way to access this area. The hope, of course, is that all is well.

As with any new thing there has been a learning curve. They’ve learned that if You’re wearing lipstick or (heaven forbid) lip gloss, none of the images will be any good because the camera surface gets coated as it is swallowed. You also need to give the camera a two-hour head start before drinking anything and three hours before taking a pill or having a light lunch. In one case, a Tylenol stuck to the camera and ruined the images.

The pictures are useless if you don’t follow the colon cleanse instructions to the letter. With a camera costing a thousand dollars, these can be costly lessons. If the camera doesn’t get excreted naturally, an abdominal X-ray is required to locate it. It poses a danger if an MRI is ever required. As the nurse said, no news will be good news. That is the hope, from where I sit.

From My Perspective – Students’ Unions – Part 2 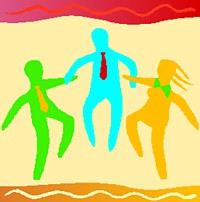 From My Perspective – Professional organizations – why join?