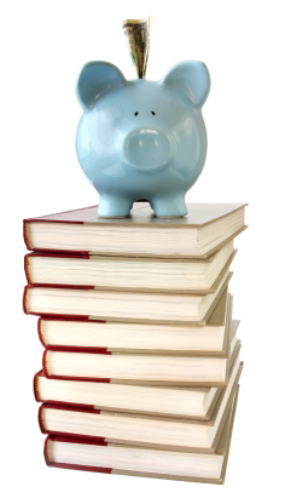 Liberals promise loans for all, regardless of family income

LONDON (CUP) ? If they had known what the Liberals were about to promise, perhaps students would have had a warmer welcome for Stéphane Dion as he arrived at the University of Western Ontario in London to unveil his party’s post-secondary plank.

But the Grits had been tight-lipped, so UWO students couldn’t have known Dion’s bus was practically stuffed full of cash for them. Otherwise, there probably would have been more than a small, weakly chanting knot of people there to greet it when it pulled into campus this morning.

Maybe the hundreds of millions Dion promised universities for research wasn’t exciting by itself. But it was coupled with guarantees of educational tax breaks; $5,000 federal loans available to every post-secondary student, regardless of their parental income; and a bonus $250-cheque for every student who holds a job.

All of them policies worth cheering about?if they ever see the light of day.

The crowd was thicker and more boisterous in the windowless laboratory Dion and his entourage quickly moved to after shaking a few hands. There, a throng of students clad in Western-purple and Liberal-red shirts formed a strategic backdrop for the TV cameras, along with the many microscopes cluttering the cramped lab. Textbooks were piled conspicuously beside the podium.

It all felt so scholastic.

Liberal Member of Parliament Bob Rae opened for Dion, setting the tone by interspersing snipes at Prime Minister Stephen Harper with quips. Referring to the engine trouble that forced the Liberal plane to land unexpectedly in Montreal, Rae said he’d been ?up for most of the night drinking beer and yakking with friends?can anyone here relate to that??

Shortly after, Rae said that Harper ?runs a one-man band.?

?We have a team?I think orchestras do well?and we’re going to do well in this election,? said Rae.

The party leader tried to keep the laughs going.

?Nothing was going to stop me from being here in London this morning. I would have jogged here,? said Dion. ?Colleges and universities are critical to Canada’s success.?

Dion said that due to Canada’s small population and the mounting pressure from larger G-8 countries, the Liberals intended to build a ?knowledge economy? based on ?innovation and creativity.?

?The future productivity and economic success of Canada depends on the investments we make in research and development today,? said Dion, before promising to increase the amount of ?indirect research funding that universities will receive by 50 per cent, reaching an annual level of $500 million per year within our mandate.?

He also expressed a desire for a Canada where not only ?the rich are able to broaden their minds with a diploma or degree.?

To that end, Dion said he would improve tax credits, loans, and grants.

To reform the first, a Liberal government would scrap the existing student tax credits and instead institute an upfront, $1000 grant, payable to every student, every three months, at the same time as the GST rebate.

?Students with a job will also get an additional $250 cash,? added Dion once the applause had died down, although he did not elaborate on how much or when students had to work to qualify.

It was probably the Liberal loan reforms that best heralded the shift in policy.

?The Liberal government will make all students eligible for guaranteed student loans of $5,000 regardless of parental income,? promised Dion.

Will it be enough to win over the post-secondary demographic and their parents?

The poll results will tell, but it is possible that the initial lack of excitement this morning was caused by the Green Party’s pre-emptive strike only days ago.

While at Nova Scotia’s St. Francis Xavier University, Green Leader Elizabeth May said she would ?cut all student debt in half on completion of a diploma, including existing student debt.?

One thing is certain’the parties are courting the students.